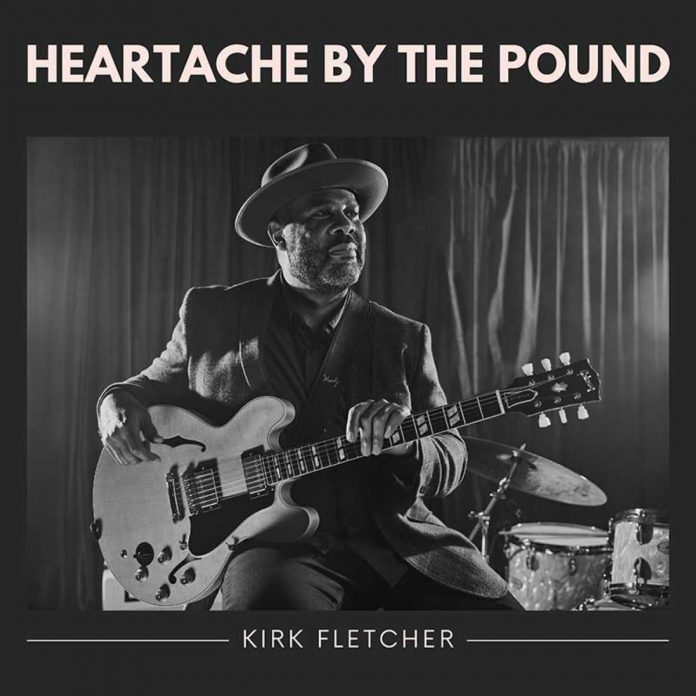 L.A. born, Nashville residing blues guitarist Kirk Fletcher’s seventh studio album, Heartache By The Pound, will be released on Friday, 29th July. It’s preceded by new single ‘Afraid To Die, Too Scared To Live’, alongside an official music video you can check out here at RAMzine.

“I got back to my gospel and blues roots,” Fletcher said. “I really wanted to do a blues record, so I sat down and allowed the songs to take over. I’m a bluesman, and I write about life. That’s the concept.”

Heartache By The Pound is said tomark his most personal and potent work to date, highlighted by robust vocals, spirited songcraft, and the fiery guitar work that has earned him international acclaim as one of the preeminent bluesmen of the current era. A five-time Blues Music Award-nominee, Fletcher spent much of the pandemic living in Switzerland, writing new songs remotely in partnership with his long-time friend, legendary bassist Richard Cousins (The Robert Cray Band, Van Morrison).

“FAME is the mother church for soul music,” said Fletcher, who produced the album. “It’s the same building where all these fantastic people like Otis Rush and Aretha Franklin have recorded. I wanted the vibe. I needed to bring these songs there.”

Having cut his teeth as aa youth, playing regularly in front of the congregation at his father’s Compton church, Fletcher’s fiery fretwork has seen him perform alongside an extensive list of iconic artists, from Pinetop Perkins, James Cotton, and Hubert Sumlin to Kim Wilson, Charlie Musselwhite, Joe Bonamassa, The Mannish Boys, and The Fabulous Thunderbirds.

Along the way, Fletcher has maintained his own world class solo career, with such acclaimed releases as 2018’s Hold On album, which entered Billboard’s Blues Albums chart at #15 en route to a Blues Music Award (BMA) nomination for Contemporary Blues Album. My Blues Pathway followed in 2020, earning him further BMA nods for Contemporary Blues Album and Instrumentalist – Guitar amidst critical applause from such outlets as Guitar World Magazine.

“Every time I pick up a guitar, I get down to business and play with a whole lot of soul,” Fletcher remarked. “I’ve been doing it my whole life, so it’s an extension of who I am. It’s like a personal PA system to make things louder and put that soul out there. Every note is a continuation of my childhood, growing up in church, and all the things I love. That’s what’s most important to me about guitar playing. At the end of the day, I’m just a bluesman.”

Heartache By The Pound, is available to pre-order here.