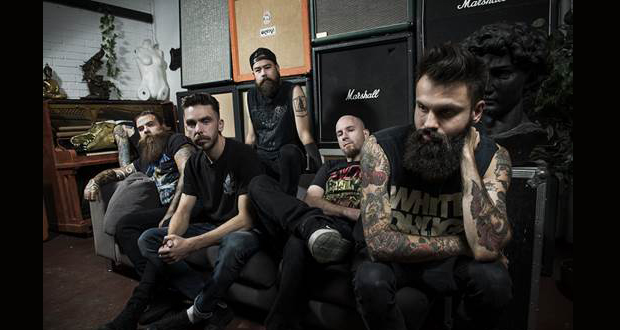 Krokodil, one of the UK’s hottest metal acts right now have just be named the special guest and main support of 2 upcoming music events. First off is the Cancer Bats one-off intimate show on August 27th at the 100 Club in London. This is then followed up by being announced as the main support for the upcoming Marilyn Manson UK tour towards the end of the year.

For those going to either of the events be sure to check out Korkodil’s devastating debut album Nachash (released last year through Spinefarm Records). Having seen them at this year’s Temples Festival, where they performed one of the sets of weekend, I can testify that you are in for a real treat.

Tickets for the Cancer Bats/Krokodil show are available here.