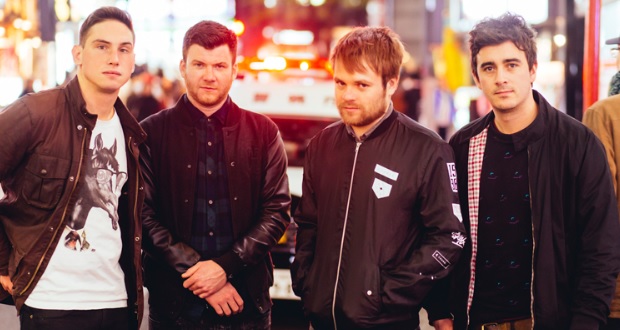 It’s rather admirable that Shikari have stuck to playing this show. Originally billed as a Download Festival ‘warm-up’ gig, the sudden illness of lead singer, Rou Reynolds, forced them to place the show on hold. As a one off show it would have been easy to have forgotten about the whole thing, but this doesn’t seem to be the Shikari way.

Motion is a unique (if boiling) place to hold a show. Skate park by day and venue by night, the 1500 capacity seems a bit generous if we’re honest.

Playing for the best part of 2 hours, the band mainly dips into their new album for songs. They end up playing 11 out of 13 tracks from The Mindsweep, and that’s including the bonus track! Though this is not in any way a complaint, especially when you have utter live gems such as Slipshod in that selection.

As one of those bands renowned for a strong live show, Shikari have not disappointed. You can sense they give it as much oomph as they’ve got and even delightfully bumble their way through a few ill timed faults.

It’s shows like this that show Enter Shikari are not done growing. They’ve shattered genres in their music and now they’re evolving beyond the usual ‘unhinged’ live experience into other performance realms. If you thought it was off to hear dupstep next to heavy metal wait until you get prop comedy and impromptu stand up bundled up into it as well.

Is there anything particularly spectacular about this show? Probably not, for all the live energy we know Enter Shikari can deliver, this performance did have an aura of ‘bog standard’ about it. But did we not love every second of it? We wouldn’t go that far…