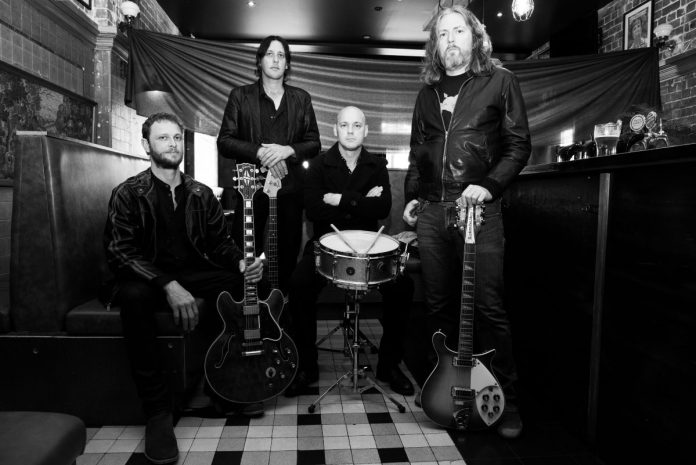 Australian rock act Leadfinger return with their latest single ‘Nobody Knows’, their first release since their 2016 album Friday Night Heroes!

Leadfinger were a mainstay on the Australian rock scene from the mid-2000s, releasing five albums including their first three on Spanish label Bang! Records.

Originally a nom de plume for the band’s songwriter/guitarist, Stewart ‘Leadfinger’ Cunningham, who first plied his guitar-slinger trade in the late 80s with the pre-grunge act Proton Energy Pills, before heading to Sydney to play in underground guitar bands – Brother Brick, Asteroid B-612 and Challenger-7 – as well as a stint in Melbourne with The Yes-Men.

After forming Leadfinger in 2006 as a solo project, it morphed into a twin guitar rock n’ roll band, touring Europe in October 2017.

Leadfinger intent is to mine the deep seam of rock ’n’ roll, back through the 70s rock and punk eras, to the classic Stones and Dylan records of the 60s and beyond. Their songwriting’s heart-on-sleeve delivery has won them many fans.

Newly signed to Golden Robot Records, their sixth album is due. In the meantime you can pre-save/order ‘Nobody Knows’ here.