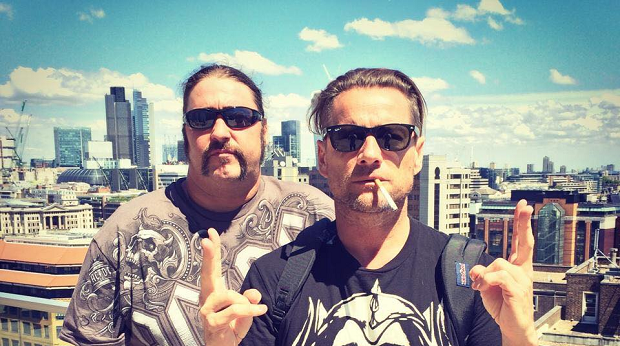 Another Animal band mates Lee Richards (also of Dropbox/ Godsmack) and Whitfield Crane (Ugly Kid Joe frontman) have collaborated yet again for their new project ‘Richards/ Crane’, who are due to release their debut album later this year. The video for lead single ‘Black & White’, featuring vocals from Myles Kennedy (Alter Bridge/Slash), can be viewed below:

The video was shot at Download festival 2014 and features cameos from Steel Panther, Benji Webbe (Skindred), Phil Anselmo, Dee Snider, Chris Jericho and of course Myles Kennedy, among many others.

Their Richards/ Crane  album is available to pre-order exclusively through Pledgemusic (www.pledgemusic.com/projects/ukjrc) on a joint campaign alongside Whitfield Cranes other band- ’90s rock icons Ugly Kid Joe, who are set to make their first full length album in 19 years entitled “Uglier Than They Used Ta Be”!

Every pre-order of the album automatically gets a free download of ‘Black and White’.