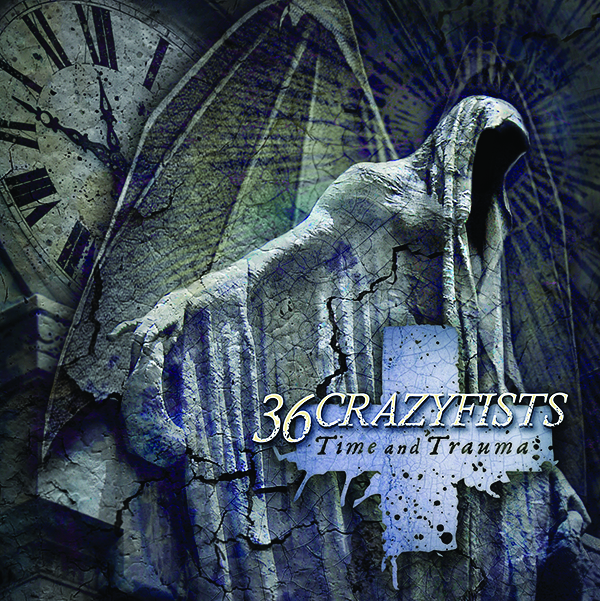 36 Crazyfists have always been a band hard to define by a genre. Caught between the Nu Metal and Metalcore scene, listeners have always found it hard to define them. Since bursting onto the scene with ‘Bitterness the Star‘ and then followed up by ‘A Snow Capped Romance‘, they were a breath of fresh air. Somehow the success which they deserved eluded them, ‘Rest Inside the Flames’ treaded water and they were quickly dropped by Roadrunner Records. A few line-up changes occurred and a change of record label during a period which they released ‘The Tide and its Takers’ then ‘Collisions and Castaways’, which both albums subsequently sounded like a band trying to find their footing again.

It’s been a good 5 year wait for ‘Time and Trauma‘, the anticipation amongst 36 Crazyfists fans must be feverish. With bated breath waiting to see it, their return is a glorious one. As a fan of the band I am pleased to confirm that 36 Crazyfists have returned and they are on fire. My first impression upon listening to ‘Time and Trauma’ is that of a band which sound fully re-energised, their identity has been rediscovered and they are firmly doing what they do best.

For a band that has always been slowly progressing their sound ‘Time and Trauma’ may seem like a step back in their evolution. This is not an album that will be breaking down any new musical boundaries; it is not a very adventurous album. However it is an album that is incredibly well written and will be lapped up by their fans (hopefully gaining some more along the way). This is easily their finest album since ‘A Snow Capped Romance’, one that every fan the moment it starts will be punching the air in delight. 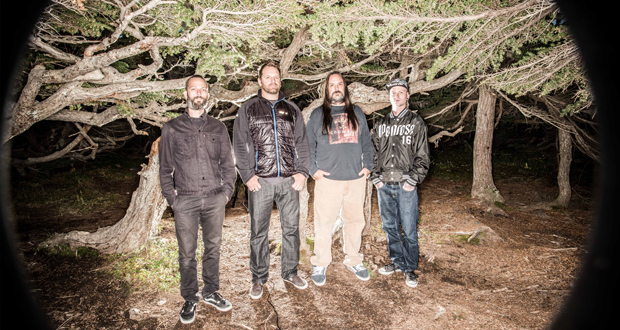 The music is far more groove orientated than the previous 2 albums. It’s a combination of the angry stomp of ‘Bitterness the Star’ and the emotional impact of ‘A Snow Capped Romance’. While the songs are not epic in length they are epic in their scope. Diving from bludgeoning heavy riffs that will send mosh pits into a frenzy, to grand soaring choruses with effortless ease. It is clear that 36 Crazyfists are playing fully to their strengths, highly emotive yet heavy songs. The rhythm section has retained that hardcore groove, while the guitar furiously buzzes around, all wrapped up by the instantly identifiable vocals of Brock Lindow.

While it is all well and good returning to what you do best, it is ultimately the songs that stand the test of time. This is where ‘Time and Trauma’ truly shines, the songs are just simply incredibly well written and as a collective group of songs they flow effortlessly from one to the other. There is an emotional intensity to the music that leaves you exhausted but very much uplifted at the end of the album. No song on the album sums this up better than ‘Also Am I’, it is truly a stunning song and could quite possibly be the best song they have ever written (yes that’s right, its that damn good).

Will ‘Time and Trauma‘ bring the success which 36 Crazyfists deserve is hard to tell, it certainly deserves too. In a sea of carbon copy acts and mechanical metal by numbers, 36 Crazyfists have delivered an album that is very real, organic and emotionally engaging.

See our interview with Brock in Issue 1 of RAMzine: