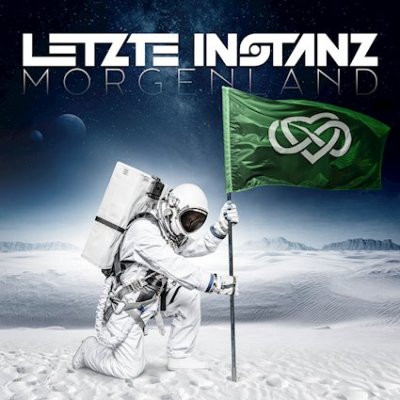 Described as one of Germany’s “most important ambassadors for ambitious artistic impression” Holly Loose (vocals), Bernie Geef (guitar), M. Stolz (violin), Benni Cellini (cello), Michael Ende (bass) and Andy Horst (drums) are said to give the listener food for thought, no matter if you call it rock, alternative or gothic. Letzte Instanz have played at least 600 concerts through Western Europe, Russia and China.

Morgenland follows their 2016 album Liebe Im Krieg (which entered the German album chart at #4) and comes with a bonus track on the limited edition Digipak edition that will feature an eight minute collaboration with Orphaned Land from Israel titled ‘Children’.  There will also be two additional regular single releases prior to the release of the Morgenland album, these will be ‘Mein Land’ and ‘Morgenland’ itself, both to be accompanied by official videos.