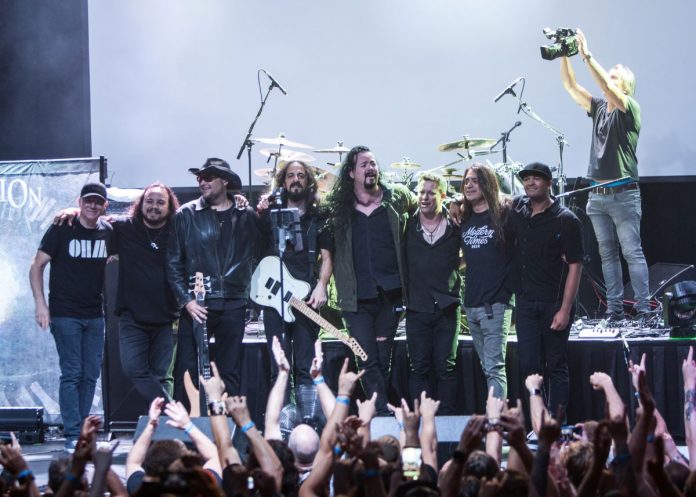 Gaining notoriety with their sophomore release, 2005’s The Fullness Of Time, featuring vocalist Ray Alder (Fates Warning), 2007’s The Origins Of Ruin had them supporting Dream Theater across North America, releasing a live CD/DVD Frozen In The Moment the following year. 2009’s Snowfall On Judgment Day saw a guest vocal performance from Dream Theater’s James LaBrie, and after 2011 This Mortal Coil they toured Europe for the first time, releasing their second live CD/DVD, Live From The Pit, in 2013.

2016’s The Art Of Loss featuring Simone Mularoni, Chris Poland, Marty Friedman and Chris Broderick, as well as guest performance from John Bush (Armored Saint, Anthrax). When Alder departed in early, Englund, stepped up to the plate for their seventh studio CD, Long Night’s Journey Into Day released in 2018, again with Poland and Mularoni featured.

Later that same year, the band – with live guest appearances by Mularoni, Poland and Ray Alder – headlined the 2018 edition of the ProgPower USA festival, recording the performance with multiple cameras under the direction of Patric Ullaeus (known for his videos for Evergrey, In Flames, Arch Enemy, Amaranthe and others).

Newly signed to AFM Records, the live package is being released as Alive In Color, as BluRay/2-CD and DVD/2-CD sets – Both including Redemption’s live performance of the Megadeth classic ‘Peace Sells’ featuring Poland, and believed to be the first time he performed that on stage in over 20 years.

Alive In Color can be ordered here.

Redemption will be returning to the studio to begin work on its 8th studio album, due from AFM sometime in 2021.

In the meantime check out the video for their new single, ‘Walls’, right here at RAMzine.