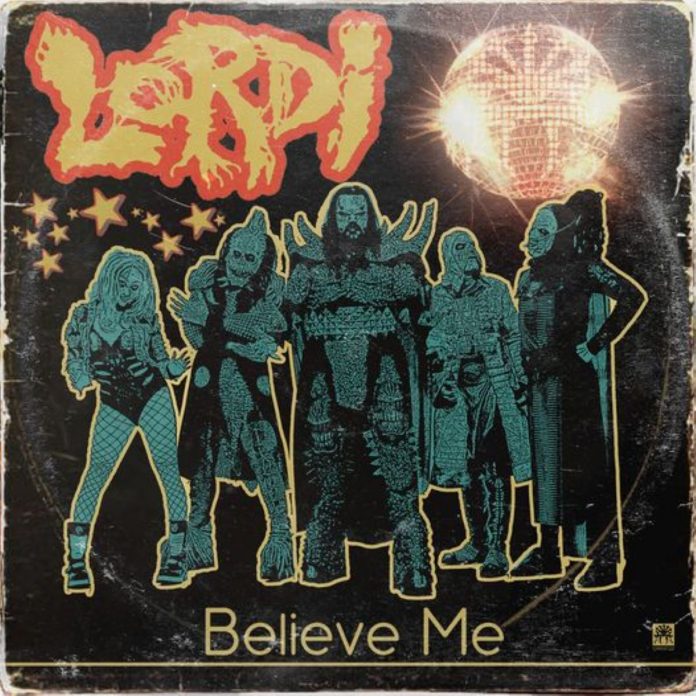 A monstrous project lies ahead that’s as unique as heavy metal act Lordi’s costumes and career… And it begins with the release of new single ‘Believe Me’, out now on AFM Records.

Aside from this, there’s a seven-album boxset – The Lordiversity box – That’s going to be available on 26th November, both on CD and vinyl with three different colour editions.

Each album features a different genre approach (Hard rock, disco, progressive rock, heavy metal, AOR, thrash/speed metal and industrial metal) with the whole concept is based on the last record, Killection, that came out in 2020 with assorted international chart successes.

“Within a week when the Killectour was cut short in March 2020, I realised we’re gonna have to use the sudden extra time somehow. It was clear that it is the time to start planning the new album, even though Killection was released not even two months before.

“I was thinking that the most boring thing we could do after Killection, is to do another basic Lordi album. And I was very much enjoying the different styles of song writing, recording and production on Killection, but another boring idea would have been to do a part 2.

“And until Halloween 2021 the fictional back catalogue will be no longer fictional, it actually will exist… At least for the most part. My original idea was to release 10 albums, but the label said that is insane. But seven is a number they felt that is somewhat sane, ha, ha, ha, ha!”

The new song ‘Believe Me’ has its origin in the band fictional disco-era – So imagine Lordi performing a classic disco track in the style Abba, Kiss or The Bee Gees in the late 70s, while disco music hit its peak. A hilarious and entertaining idea that now becomes reality.

You can check out the video for the new single here at RAMZine, and order Lordiversity  here.

You can also catch Lordi on tour in the UK with Sabaton and The Hu next year.