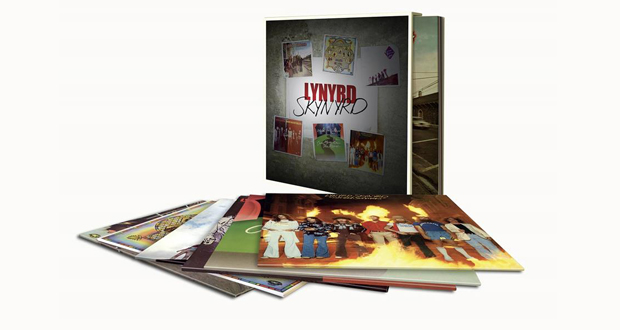 Rock legends Lynyrd Skynyrd and Universal records are releasing six of the band’s LPs from 1973 to 1977 as a Vinyl Box Set on January 26th.

This is the first time these albums have been bundled together as a box set. Each LP will have exact reproductions of original artwork to retain authenticity, and will be pressed to 180 gram heavyweight audiophile vinyl and contained in a rigid slipcase box.

This set showcases material the band recorded before the tragic plane crash, in 1977, which killed three of their original members.  They had international hits with Free Bird and Sweet Home Alabama. The albums included in Vinyl Box Set 1973-1977 are:

Lynyrd Skynyrd’s Vinyl Box Set 1973-1977 will be released on January 26th via Universal.