Review: StoneWire – When the Crow Flies 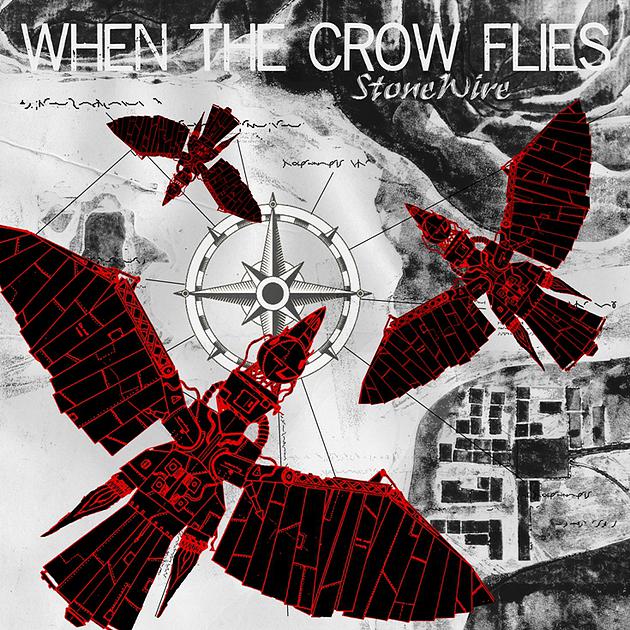 The debut album from StoneWire, promised by the band when I first saw them co-headline in Bilston with Four Wheel Drive at the start of the year. I was highly impressed by the live performance of StoneWire so was hopeful that the album would strengthen that feeling – on the whole it didn’t disappoint.

The album was mixed by Voodoo Six bassman, Tony Newton, while guitar hero Pete Friesen, principally known for performances with Alice Cooper, The Almighty and Bruce Dickinson, contributed additional guitars to most of the tracks. The press release for the album states, quite blatantly, that frontwoman Sky Hunter is a truly exceptional vocalist blessed with massive lungs. This is not a euphemism for something else lads, Sky really does have massive lungs 😉

The album is not geared to a particular genre, on here you’ll find fine classic rock, southern style rock and soulful blues, all coming at you carried by the gravelly tones of Ms. Hunter.

The album opens with ‘Walk the Line’, which takes a little while to get going but once it does the riff that carries it along is tremendous. Cue Sky Hunter, gravel voiced songstress. Think of Janis Joplin on steroids and you get the picture. The single taken from the album, ‘Favourite Bitch‘ comes next, another handful of grit and aggression backed by biting guitars which could turn out to be the bands’ anthem.

Things mellow for ‘Southern Honey‘ and soften further for the title track, ‘When the Crow Flies’. ‘Don’t You’ also starts off pretty slow, some might say tame, but picks up as the song progresses and brings on some more of the strong guitar licks that the band seem best suited to. Something different sir? Certainly sir, have some slide guitar…and so it is as ‘Mama They’ll Never Know’ gets under way, a southern style track guided by strong vocals. Another ballad comes next, ‘One Last Time’ and, for me, this is probably my least favourite song on the album. ‘River Blues’ kicks off in the style of Black Stone Cherry, no bad thing, and mixes up southern style rock with some clever blues guitar. I liked the aggressive guitars on ‘Vamonos’ which is far more upbeat than some of the previous ballads. ‘Winter’s Hold‘ starts like an 80’s rock anthem but it’s soon brought bang up to date with a good steady background riff and a return to the strong vocals. The final song listed is ‘Fix You‘, another Southern style rocker… but that’s not the end, oh. no! There’s also an uncredited final track on the CD titled ‘Heathen‘, another ballad which draws the whole album to a gentle conclusion.

The band’s sound and vocals seem best suited to the more energetic rock tracks than to the ballads and while the latter contribute to the variety of the album as a whole I’d have preferred more of the rockier tracks and fewer of the ballads. Live, the band are fabulous and if you’ve never seen them then do so; that will show you just what the band is made of. A very entertaining album, one you should have in your collection.

You can catch the band at the Robin 2, Bilston on January 28th 2015 supporting Skinny Molly, get your ticket from the band and you’ll get a discount on the album at the gig.