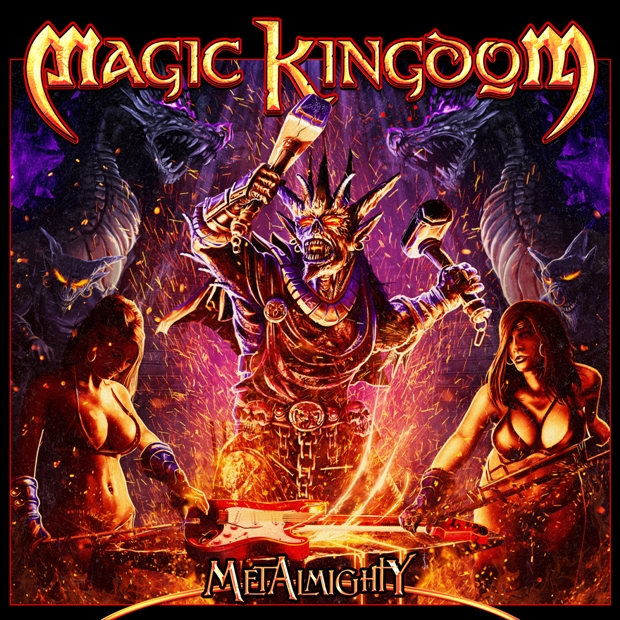 Symphonic power metal band Magic Kingdom has a new single out in the form of ‘Fear My Fury‘, taken from their forthcoming album MetAlmighty that will be out 22nd November through AFM Records.

Led by Belgian guitarist Dushan Petrossi, who’s also the driving force behind hard rock act Iron Mask, the bands has been together since the late 90s, with a handful of albums under their belt that’s given them international success beyond Europe and into Asia and South America.

With Petrossi responsible for orchestral arrangements and lyrics, as well as guitars, the band is completed by bass player Vassili Moltchanov, drummer Michael Brush and vocalist Michael Vescera.

Commenting on the new singer’s contributions to this records, the guitarist said: “Michael’s vocals are very expressive and passionate,” adding “He always gives 100% and holds nothing back. We needed someone like him and are very glad that he is part of the band now.”

Judge for yourself by listening to the lyric video for ‘Fear My Fury‘ here at RAMzine.