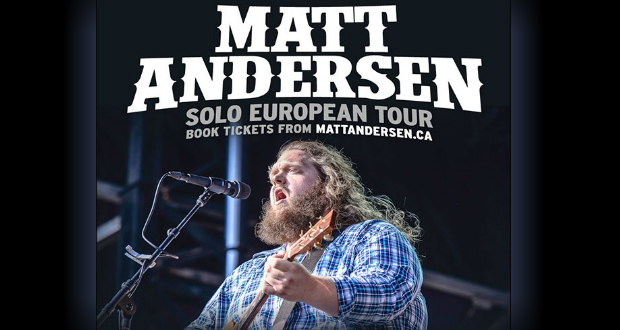 Multi award-winning R & B & blues singer/songwriter Matt Andersen will be leaving his native Canada for an intimate solo tour across Europe, taking in UK dates, to showcase his new album, Honest Man.

Honest Man follows up Anderson’s JUNO Award nominated Weightless and is said to find “the songwriter pushing himself into new territory”. The album was produced in New York with Commissioner Gordon (Joss Stone, Amy Winehouse, KRS­One) and features ten songs the explore both the political and the personal. The title track was co-­written with Chris Kirby and inspired by a US political cartoon.

Matt Andersen’s reputation has spread through word of mouth; while following the old fashioned route of touring worldwide he has also secured over 10 million views on YouTube. Put alongside the aforementioned JUNO nomination, three consecutive Maple Blues Award for Male Vocalist of the Year, two European Blues Awards, and winning Best Solo Performer at the Memphis Blues Challenge the selected UK tour dates  should be well worth catching. 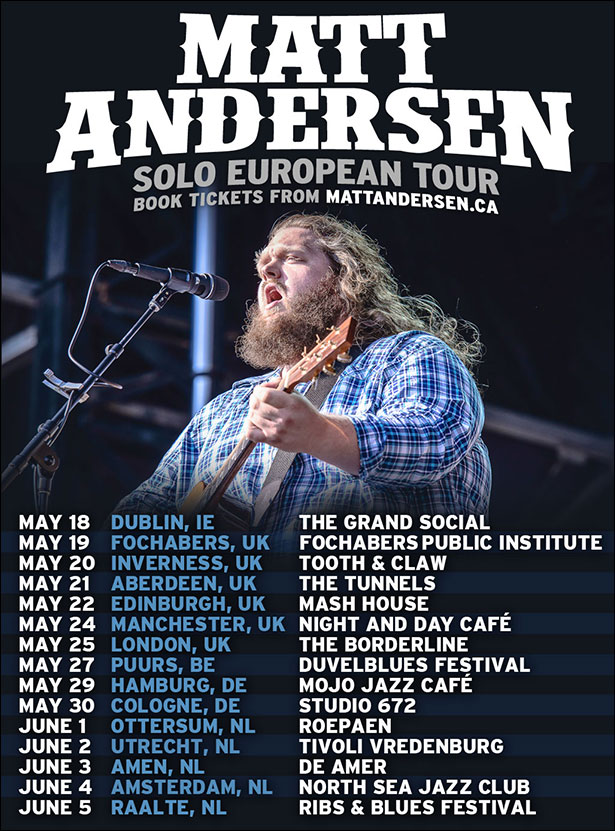