Deliberations From The Shire with Mike James – Skeletal 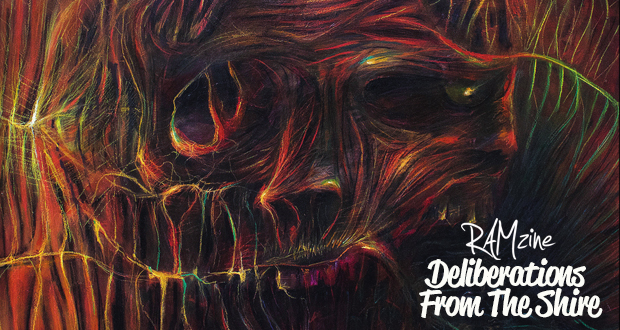 Finland is renowned for its quality Death and Thrash influenced bands, Skeletal have a debut album that will be looked back in time as one of those albums that sets them out from the rest of the pack. The band have taken their time with their first full-length album having formed in 2007 in Jyvaskyla.

They pull a big sound that wouldn’t be out of place in the late 80’s to early 90’s Bay area thrash sound whilst leaning towards the blacker feel of acts like Watain or Behemoth.

The album is a tightly packed 30 minutes of sweeping guitar solos and pounding crunch from the bass and drums. From the opening riffs of ‘Death Works Overtime’ I was hooked with each of the eight tracks effortlessly flowing from one to another and not having two songs that sound the same following each other. Spending time with Tom Brooke in Tonehaven Recording studio has really paid off and given the album a feel of a band that are easily at home in the studio as they are on stage which is rare for a debut. My favourite tracks on this long player are ‘Leap Of Faith’ and ‘Ravaged’ both of which show hints of great players that have been in the past whilst giving a modern twist.

Skeletal Dreadful Life is out 3rd February 2017 via Inverse Records.Fi.