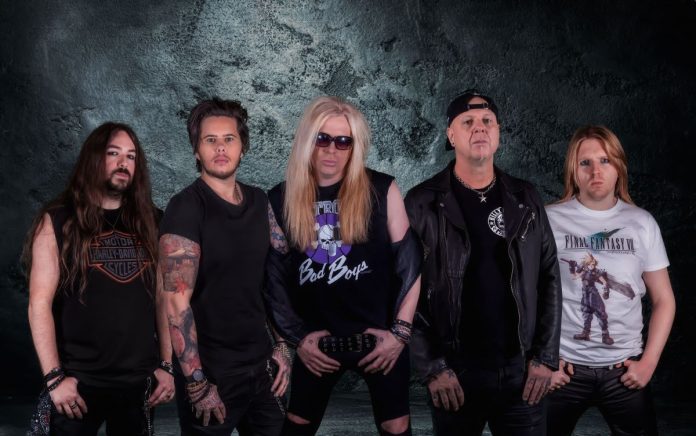 Hot on the heels of their previous two albums, Midnite City return in 2021 with a highly anticipated third album, Itch You Can’t Scratch set for release out on 11th June, and newly signed to Roulette Media. Prior to that has been a flurry of singles hitting the market, with the latest being ‘They Only Come Out At Night’.

The band has also released a new video, mini-movie in fact, to accompany the latest single that you can check out right here at RAMzine.

You can buy/stream the single here.

Bursting out onto the scene in 2017, Midnite City hustled themselves towards the top of the hair metal pile, with their sophomore album, There Goes The Neighbourhood, being voted 5th best Melodic Rock album in Classic Rock magazine and making the list of the best albums of the past 35 years in  Japan’s Burrn! Magazine.

Back in January, Midnite City released ‘Crawlin’ In The Dirt’, the first single to be taken from Itch You Can’t Scratch. They followed that with ‘Atomic’ in March, and now we have ‘They Only Come Out At Night’.

You can watch the videos for the earlier singles right here at RAMzine, and purchase/stream ‘Crawlin’ In The Dirt’ here and ‘Atomic’ here.

You can pre-order Itch You Can’t Scratch here, here and here.

You can also pre-order the album Itch You Can’t Scratch here and here.