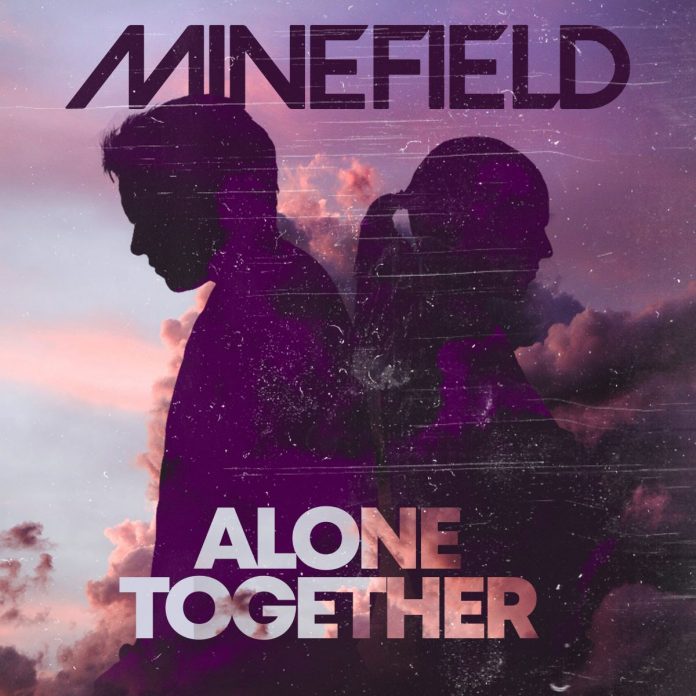 Minefield is a new hard rock band featuring a number of Kiss conspirators among their star-flagged line-up.

The band was put together by Brandon Fields, who’s spent the last several years touring as a solo artist, and is also lead guitarist in Detroit, Michigan based band Whiskey A Go Go. More of a musical collective than a band or a solo project, aside from Fields on vocals and guitar the debut album that’s due will feature Todd Kerns (Vocals/bass), Jeremy Asbrock (Vocals/guitar) and Matt Starr (Drums).

Kerns is of course bass player with Slash ft. Myles Kennedy & The Conspirators, and has been since 2010. He was also in Canadian rock group Age of Electric and currently sings and plays guitarist in Canada’s Toque.

The other two involved both have associations with Kiss. Asbrock currently plays guitar in founding Kiss guitarist Ace Frehley’s solo band, and before that was Gene Simmons’ solo band as well. While Starr has been a staple in Frehley’s solo band for the last decade while also playing with the supergroup Mr. Big.

Signed to Golden Robot Records the band brought out their debut single ‘Alone Together‘ back in 2020. If you love big, bombastic arena rock anthems then Minefield are bringing you exactly that.

You can purchase ‘Alone Together’ by clicking here and watch the lyric video to the song right here at RAMzine.

Following on from that release, come 16th November they followed it up with ‘Home’ wherein you got big arena choruses, on a song was mixed and mastered by Anthony Fox.  You can still get the single by clicking here and catch the lyric video for it right here at RAMzine.

On 22nd February this year, they release their third single, ‘Seventh Heaven’. You can pre-order/save yourselves a copy of that by clicking here.