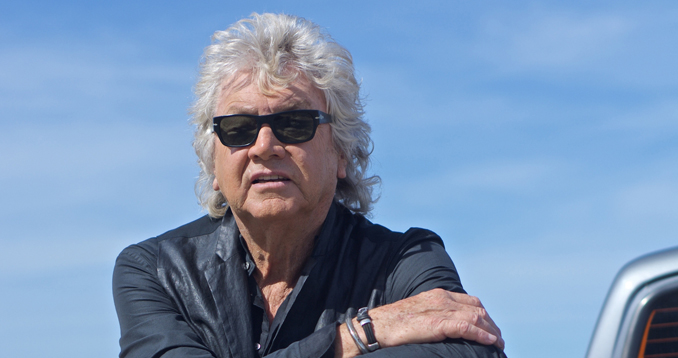 Esoteric Antenna, an imprint of the Cherry Red Records Group label has announced the release of 10,000 Light Years Ago, the new studio album by legendary Moody Blues member John Lodge on May 4th in the UK and the rest of the word, with the exception of the U.S.A. and Canada where it will be released on the 5th May with distribution via MVD Entertainment.

As vocalist and bass player of The Moody Blues, 10,000 Light Years Ago is Lodge’s second solo album. His first solo album, Natural Avenue, was released in 1977, and was recently reissued on CD and Vinyl LP by Esoteric Recordings.  A member of  The Moody Blues since 1966, Lodge has written such hit songs for the band such as ‘Peak Hour’, ‘Ride My See Saw’, ‘The Eyes of a Child’, ‘Isn’t Life Strange’, ‘I’m Just a Singer (in a Rock & Roll Band)’, ‘Steppin’ in a Slide Zone’, ‘Gemini Dream’ (with Justin Hayward) and many more.

10,000 Light Years Ago also reunites Lodge with special guest contributions from former Moody Blues members flutist Ray Thomas and keyboardist Mike Pinder on the song ‘Simply Magic’.  Legendary guitarist Chris Spedding also appears on the album, among others.  The new collection was recorded at various locations and completed at The Mix Factory studios in Florida and has been described as painting “a variety of moods on a fine musical canvas” ranging from the biographical ‘Those Days in Birmingham’, the rock influenced ‘Crazy’, to the jazz–tinged ‘Love Passed Me By’.

Lodge commented; “Back in the 60s, when the dreams of a new generation The Moody Blues were being born, wrote a stage show which became the album Days of Future Passed.   The theme encompassed the past, present and future experiences of our lives. When Days of Future Passed was successful I knew that our decision to stick to our principles by writing and recording music we felt driven to create was the right one. Upon reflection, I suppose in my work with The Moody Blues and in my solo work I have continued to stick to that principle.”

Lodge added, “I think that this theme has continued in the music of The Moody Blues and in my music, and it’s a musical record of our generation travelling through life. With 10,000 Light Years Ago I have continued this theme of constant evolution, as everything in the future remains in reach, and although the past is behind us, it once was our future.” 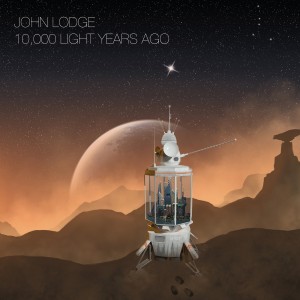 For more than 40 years, The Moody Blues have been one of the most enduring and consistent groups in the world. Their music has enthralled generations of fans since the 1960s, and their recorded legacy contains some of the most important and groundbreaking work in the history of popular music, having generated over 70 million sales throughout the world. During the course of their illustrious career the band has earned 18 platinum discs and won numerous awards, including the NARM Number One World Group Award of 1972, the Playboy Vocal Group of the Year Award, the Golden Ticket Award for the sale of 100,000 tickets at Madison Square Gardens, as well as ASCAP and Performance Awards, the Ivor Novello Statue (in 1984 for an Outstanding Contribution to British Music), and an enviable place in rock history.

Reflecting on all this, Lodge commented; “With a guitar, a blank piece of paper and a pen, the musical horizon has always been there. I go wherever the songs take me.”