Motive Black… Lift You Up! 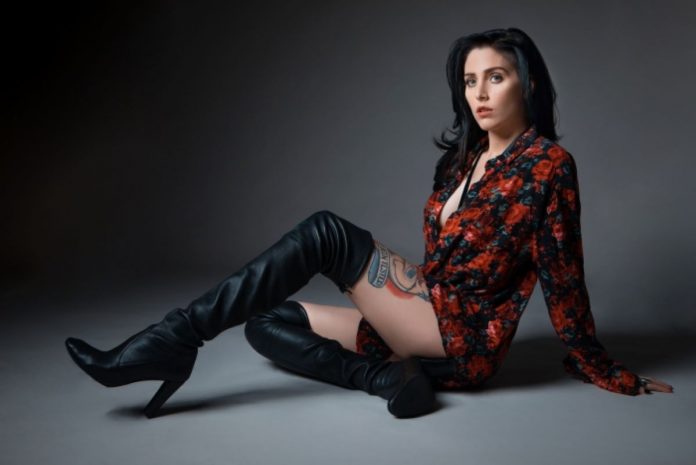 Los Angeles-based Motive Black is the modern metal brainchild of vocalist Elana Justin, a project that has been a long time coming, and now release new single ‘Lift Me Up’ with Butcher Babies‘ Carla Harvey also guesting on the record.

“The song is about realising that you can’t find validation through other people,” said Justin. “It’s easy to fall into the trap of avoidance, and trying to distract yourself from the growth you require by looking for love in all the wrong places. Facing inward can be truly difficult, but through that journey you find empowerment.”

“I love collaborating with strong women on projects so when I was asked to add my vocals to “Lift Me Up,” I happily obliged. The result… An infectious tune, and a new found friendship!” Harvey added.

Motive Black is a band, fans of Evanescence, Delain, Follow The Cypher and The Pretty Reckless may find worth checking out

You can check out the music video for ‘Lift Me Up’, replete with vintage hot rod and fight sequence, right here at RAMzine.

‘Lift Me Up’ was produced by Grammy-winning Nick Rowe (Vampire Weekend, Lamb Of God, Madonna, Snoop Dogg) and mixed by Josh Wilbur (Lamb of God, Korn, Papa Roach). “It’s been a real treat working with Elana,” Nick Rowe commented. “She is a diamond in the rough – Unafraid to explore new musical territory and put her soul on the page lyrically.”

The single is available on digital platforms here and you can check out the video here at RAMzine.

Graduating from the bar band circuit in New York, Justin seized the opportunity to move to Los Angeles in 2018 to work on new music. A stranger in a strange land, she found herself immersed in the local scene and performing on open mic nights at the iconic Viper Room.

The LA music community welcomed her, connections and friends were made, eventually leading to a collaboration with the aforementioned Rowe. The duo first reworked a song from the singer’s former New York band, taking the music in a heavier direction, and Motive Black was born.

That song proved to be debut single ‘Broken’ – A mixture of grooving alternative rock and crushing modern metal that countersinks its way into your ear canal, alongside Justin’s charismatic deep vocals.

“’Broken’ is a song that came together when we were taking a break from writing the song we were actually working on,” said the singer. “I get to go on a little journey singing it, which is always fun. The idea behind the song is about breaking down walls. It’s a song based on truth. It’s about being afraid to take risks because you work so hard to protect yourself. I think a lot of people can relate to that.”

Both singles are available via ADFM Records, and you check out the video to ‘Broken’ here too. It features Marcos Curiel (P.O.D.) on guitars and Ray Luzier (Korn) on drums.

Plans are afoot for Motive Black to become a full band, both as a touring and recording unit as they move forward. In the meantime, expect four singles to be released under the band name between now and January 2022.

“It’s interesting to be signed,” said Justin of her new record deal. “I don’t have a following because Motive Black is a brand-new project, so the music must have spoken to someone at the label. Hopefully that sort of interest will pull me through.”