Will The Lights Go on Again for The Hollywood Stars? 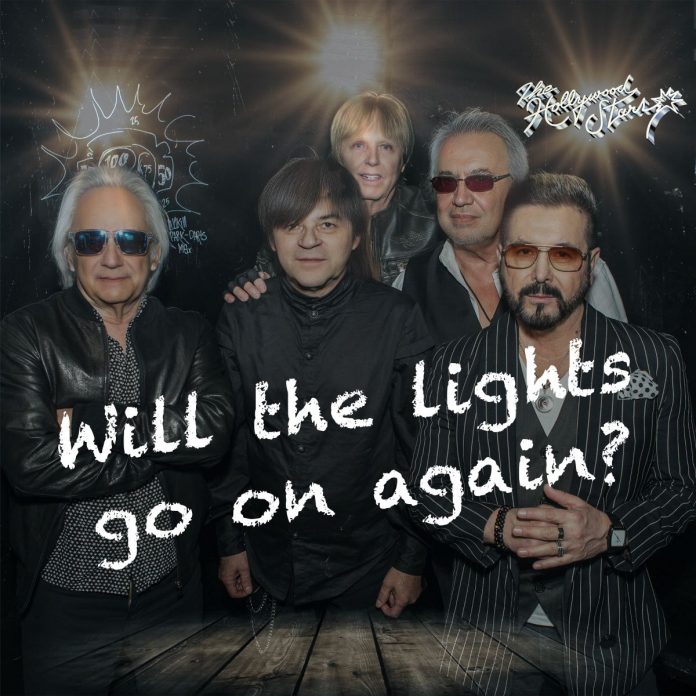 After releasing their album Live On The Sunset Strip in late 2021 via Golden Robot Records, The Hollywood Stars followed it up with a brand-new single in ‘The Bottom’, and now ask ‘Will The Lights Go On Again?’  their latest release, that’s now available digitally on all platforms.

You can purchase the new single here and check out the new video for it right here at RAMzine.

A band with direct ties to musical acts as diverse as Little Richard, The Kinks, The Mamas & the Papas, The Electric Prunes, The Strawberry Alarm Clock, Alice Cooper, Kiss, Iggy Pop, The Runaways, The Flamin’ Groovies, Bachman-Turner Overdrive, Steppenwolf, Meat Loaf and Blue Cheer, among others.

The band formed back in the 70s making a name for themselves on the LA scene but ultimately not making it big. Despite this their songs have been covers by the likes of Kiss and Alice Cooper, and Igg Pop stating on the record: “I didn’t used to like The Hollywood Stars, I used to like The New York Dolls. Then I heard The Hollywood Stars play ‘Satisfaction’. Now I wanna f**k ‘em.”

Having reformed in recent times, their popularity renewed, and a live album out last year, the good times look to continue for The Hollywood Stars.

Previous single, ‘The Bottom’ was described as “a hard driving rocker highlighted by great guitar work” and that “you won’t be able to listen to this track and sit still!” You can order ‘The Bottom’ here and also check out the video right here at RAMzine.