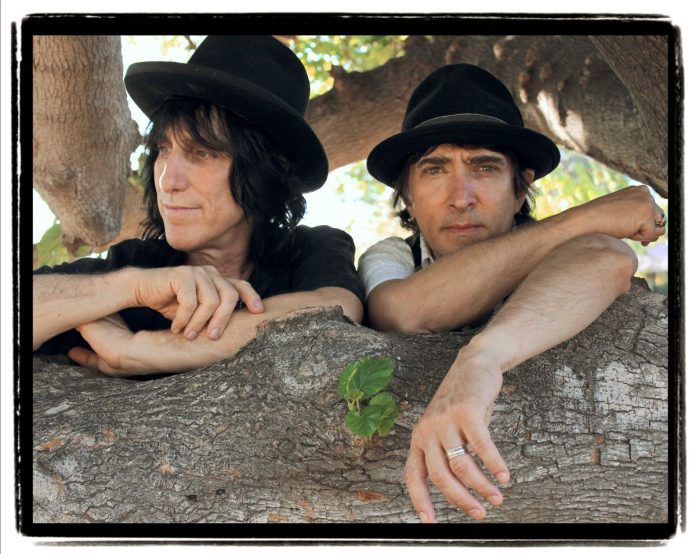 Everybody Rains On My Parade is a collaborative effort between Jo Dog, guitar man in Dog’s D’Amour, and Paul Black, original vocalist in platinum-selling band LA Guns. Black is a veteran of the Hollywood rock scene and both men have been around long enough to know how to merge the feel of the blues with the groove and intensity of rock. In knowing this, they’ve come up with an album which displays a deep affection for those sixties bands who took US blues and reinterpreted them for a whole new generation, with bands like The Stones and The Faces acting as spiritual Godfathers.

From what’s on offer here, there’s little doubt the musical heads of both these two guys are firmly rooted between 1968 and 1973, and several tracks exemplify this. The short opener, ‘Put The Kettle On’, is a homage to Keith Richards circa the Stones’ Let It Bleed period, as is ‘Dead In The Water’. Several tracks have remarkable similarities to other artists in all but name, ‘Tree For Shade’ being a prime example. I defy anyone who listens to this track to tell me this isn’t The Faces, with the only thing missing being Rod Stewart. Similarly, the infectious ‘Up For The Late Show’ combines the loose shuffling of The Faces with the swagger and groove of the late 60s Stones.

There’s more to them than this though, ‘High Price To Lead A Low Life’ is a lovely, slow bluesy tune with good backing from the slide guitar, and ‘You’re Home’, released as a single, is a country-rock song which would’ve graced any album by New Riders of the Purple Sage. ‘Blue Like The Morning’, though, is, like High Price .. a standout track with delightful organ and slide guitar fills. More like these two would have made for a much better album.  This is an almost effortless, rough and tumble journey with playing which is both tight and loose, and with feeling taking precedence over musical virtuosity.

Overall, however, I wasn’t certain if this album is a tribute to artists Jo Dog and Paul Black evidently admire, in which case they’ve done a good job or a stand-alone album in its own right. There’re undoubtedly some good moments on this album but overall it comes across as too close to the music that influenced it.