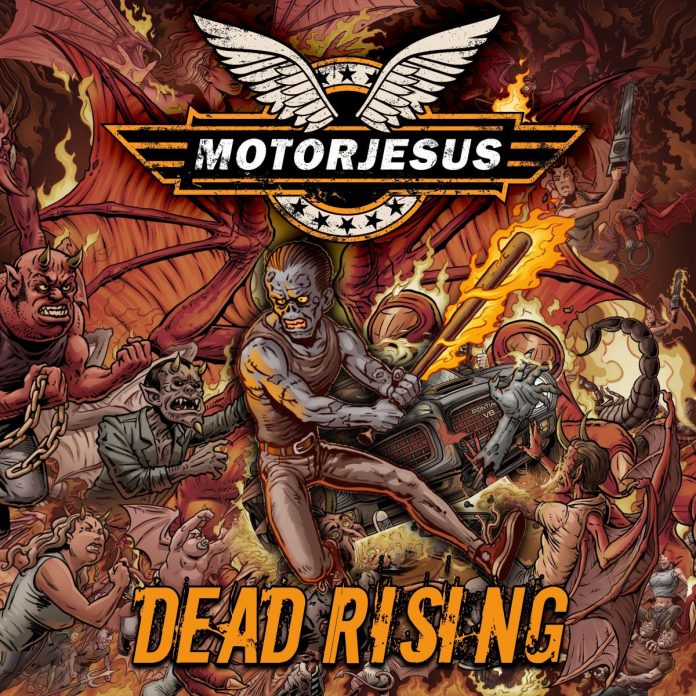 German heavy rockers Motorjesus release their brand-new album, Hellbreaker, on 9th April through AFM Records, but before that they’re unleashing another single.

Previously they issued ‘Dead Rising’, not it’s time for title track ‘Hellbreaker’. You can check out the videos for both singles right here at RAMzine.

Laying down a high-octane mixture of classic heavy metal and dirty hard rock Motorjesus has been active on the German live scene since the early 2000s.

They have already played numerous tours with bands such as Motörhead, Anthrax and Prong. They also played lots of live festivals like the famous German Summer Breeze Festival and the Rock Hard Festival.

Their last studio album Race to Resurrection hit the German Album Charts at #42, their highest position in Germany’s Media Control Charts so far. For that album they also played numerous shows, a headliner tour and a support tour with the Swedish rock act Mustasch in 2019, then followed it with their first live album Live Resurrection last year.

You can pre-order Hellbreaker  by clicking here.