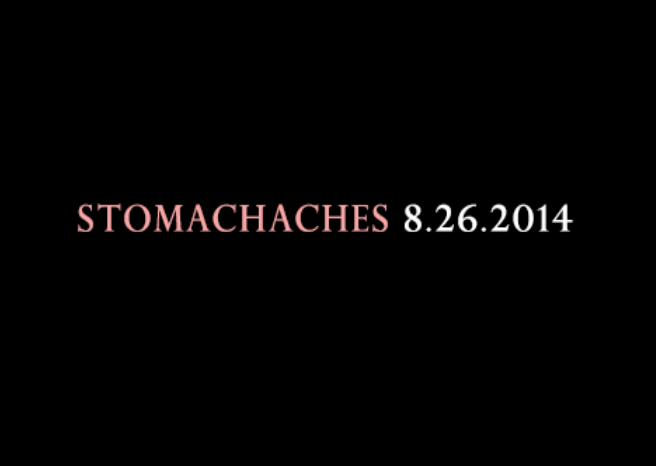 Frnkiero and the Cellabration is the new project from former My Chemical Romance guitarist Frank Iero. The band is set to release their debut album on the 25th August entitled ‘Stomachaches’. Frank  plays every instrument on the 12 track album except for drums, which were handled by Jarrod Alexander also a former member of My Chemical Romance.

“In late 2012 I started to experience an increase in my already painful digestive issues and my creative side started to wither under the weight of not ever feeling well. I turned my basement office into a makeshift studio and every time I felt the pain coming on I’d go downstairs and hammer out an idea. After a few months I started to take a look at what I was making, I had for the first time in my life written a large grip of songs completely alone and without any expectations or plans of what they would be for. I’ve always been in bands writing songs with friends in order to play shows or record a future record. But this was different. These songs, they were all mine. They started inside me as these wretched stomachaches and I had to dig them out of me in order to survive. They were my disease and ultimately became my cure.”