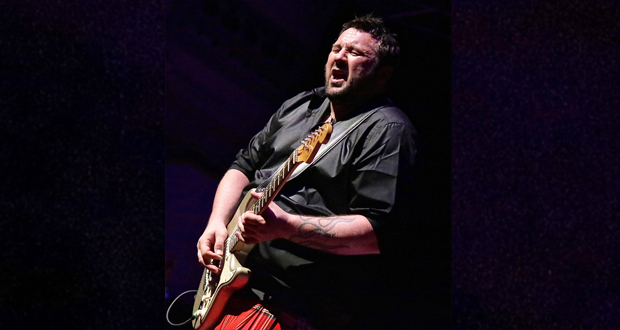 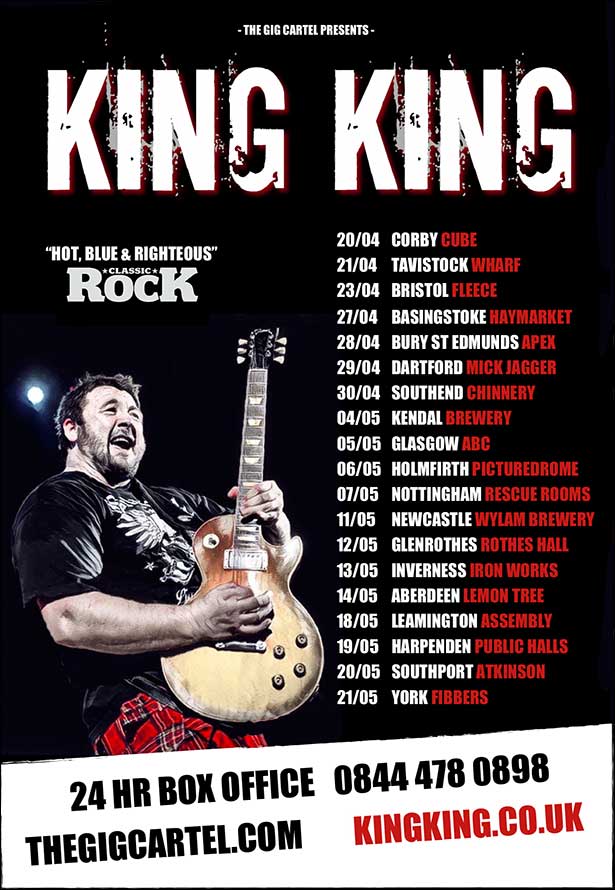 Following Ramzine’s previous news on new dates there have been further minor amendments and indeed additions meaning potentially more fans can get to see Britain’s number one blue rock band in 2017 whose King King – Live was recently voted #1 at Blues Rock Review’s Top 5 Best Live Albums of 2016” and hit the No.1 spot on Amazon’s Best Sellers Blues Chart and was reviewed at Ramzine.

Busy on a fourth studio album that is due for release in early September of 2017, King King will have a brand new single taken from the record in time for the tour that kicks off on Thursday 20th April 2017 at The Cube in Corby, Northants and goes through to May with all tickets priced at £20, and available from www.thegigcartel.com and the 24 Hour Box Office: 0844 478 0898.

Commenting on the forthcoming single and tour Alan Nimmo said, “We’re really excited to perform the new single live.  It’s rockier than our previous material, but it still has an inherent King King sound to it.  The new single is a nice taster from the upcoming album.”