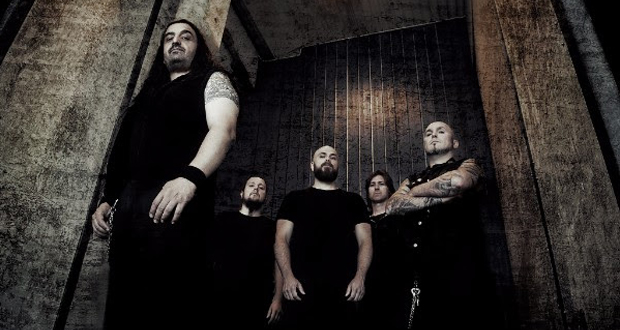 Greek /Swedish heavy metal band Nightrage featuring have released ‘The Venomous’, the title track for their forthcoming 2017 album as a single via Despotz Records.

Nightrage was formed in 2000 by Greek guitar hero Gus G. (Ozzy Osbourne, Firewind) and rhythm guitarist Marios Iliopoulos (Dies Irae, Exhumation) and have undergone a number of personnel changes along the way, including Jo Nunez (Firewind), Per Moller Jensen (The Haunted), Nicholas Barker (Cradle of Filth, Testament) and Bill Hudson (Kobra and the Lotus, TSO), debuting with the Sweet Vengeance album in 2003 via Century Media Records, and releasing a further five albums, with their previously released The Puritan being their debut for Despotz Records.

‘The Venomous’ tells a tale of extinction: dealing with the failure of mankind and how we as human beings are racing towards our own demise, sung with a raw vocal edge pitted against a more melodic guitar line.

‘The Venomous’ can be purchased here, streamed via Dead Rhetoric and played on Youtube on the link below.