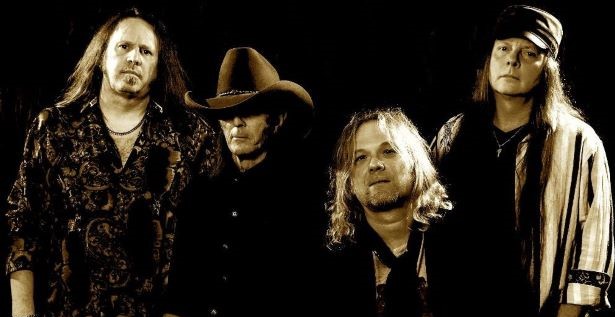 Phoenix based retro-rock band Kings Of Dust has a new single out going by the hand of ‘Ya, That’s Me’.

“The song discusses being stuck with who you are. Good or bad,” says Michael Thomas Beck, lead vocalist with the band that also features seasoned musicians Ryan McKay on guitars, Greg Chaisson on bass, alongside drummer and percussionist Jimi Taft.

Kings Of Dust’s self-titled debut album was produced by Chaisson and engineered and mixed by Beck at SoundVision Studios in Mesa, AZ.  It is available in record stores now and through Shock Records/Vanity Music Group.

“This was one of the tracks that the rhythm section recorded in one take,” continued Beck on the new single. “There are several of those on the record. But this one Greg and Jimi just locked into something. It’s got a pretty interesting bass line to begin with. I’m not sure he would ever play it the same way twice. But we seemed to catch a swing on that take that really made the song groove in the way it needed to.”

You can check that out for yourselves at RAMzine by watching the lyric video right here.  The album is also now available digitally here and Kings Of Dust just recently issued a Christmas message on video.