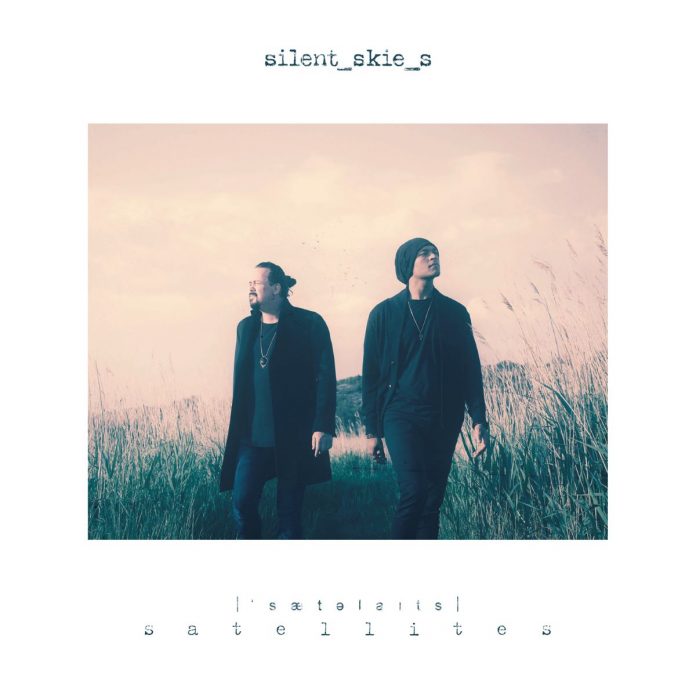 “I heard an instant musicality coming from him” Englund said: “He can take one chord and add one melody note and immediately you understand he has this deep musical knowledge.”

He sensed in Shankar a kindred musical spirit who could help him channel new forms of musical expression. A series of email exchanges between the pair gave birth to ideas of a sonic landscape rooted in cinematic score music – what they both came to see as “films for the inner eye”.

As they began playing together it quickly became apparent that they shared profound musical common ground. Evergrey’s music had been a founding influence on the pianist after all.

“They had a huge impact on the way my playing developed.” Shankar said: “Their musical and emotional language remains a critical component to the way I write and play music. Tom’s singing in particular has been very influential – My favourite way to play melodically is to emulate and channel the emotional impact of the human voice, and his has an impact unlike any other.”

“I think part of the magic of Silent Skies is that we come from fairly different backgrounds, and do not have identical musical personalities,” Shankar added: “But we have certain shared musical, aesthetic, and emotional values that make the art we make together really click. There were countless times while working together where we both know exactly where we needed to go.”

It’s a potent combination which opens up little-explored musical paths. Alongside a series of original compositions, a cover of Eurythmics’ 1983 hit ‘Here Comes The Rain Again’ offers up a further example of strong melodies transcending stylistic boundaries.

“That song influenced my writing.” Englund said “It speaks my language in terms of melody. So to bring that back into my life and also discover that it had a major part of my musical upbringing was great. And we made it our own. I’m really happy with the version.”

Despite being based principally on just piano and voice, there’s a sense of grandiosity to the compositions, yet they also feel intensely personal and intimate.

“I think when you write from the heart and don’t care about anything else but liking music, then what comes out comes out” Englund said. “We didn’t have any image set or felt that we wanted to present ourselves in a certain way. Recording on a grand piano you want to have the sound of wood snapping and crackling and the sound of feet being put down. I think it makes it really organic and honest. It makes you feel like you’re in the room. But then when you add all of these atmospheric elements, it becomes something I haven’t heard before.”

Complementing the music’s melancholic sounds are lyrics marked by self-reflection and existential contemplation:

“I was not in a place in my life where I wanted to be.” Englund remarked. “They reflect a transition period… it’s all those thoughts fragmented and also well thought out ideas of what I wanted to do and needed to do. But, also, in retrospect of where I am now”.

While the Silent Skies album presents a vivid demonstration of the pair’s musical ideas and simpatico musicianship it’s far from the end of their artistic partnership.

“I think we have two more albums worth already” Englund said, concluding: “For me personally I feel Silent Skies shows a different side of myself. It’s tilting the camera another way into another perspective. And I think this music fills a gap that isn’t there, that combination of score music with vocals.”

Videos for ‘Here Comes The Rain Again’, ‘Horizons’  and ‘Solitude’ are featured here at RAMzine, and you advised to give each of them a listen. New single ‘Ave Maria’ will be released on 18th December.

You can order Satellite as digipak and limited black/white double vinyl by clicking here.