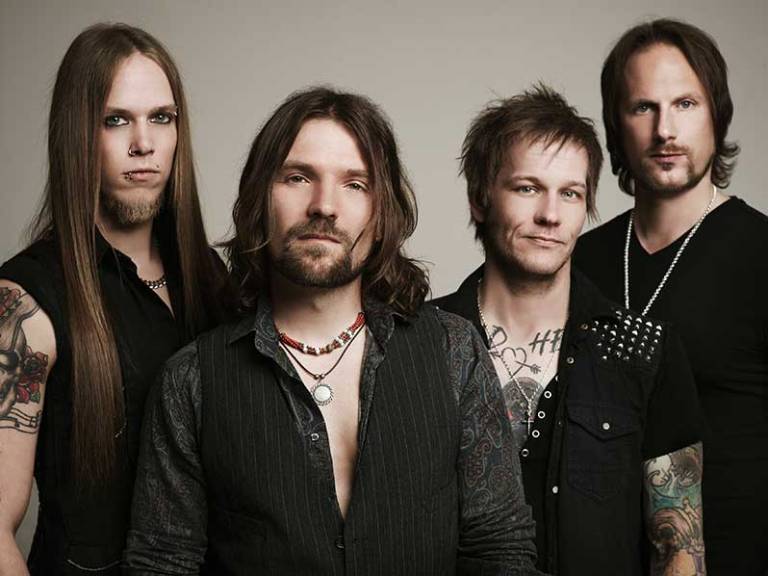 German hard rockers The New Roses smelling sweet with the release of ‘Down By the River’ a single taken from new album Nothing But Wild due out on 2nd August from Napalm Records.

Following a top 20 German hit with their last album One For the Road and tours alongside Kiss and The Scorpions, the band has high hopes for Nothing But Wild, saying: “We fully concentrated on catchy songs with big melodies. Our goal was to record a strong and energetic rock ’n’ roll album without any frills and fillers. Simply true, simply loud, simply wild!”

‘Down By the River’ is ripe for summer listening, as you can hear for yourselves watching the video right here at RAMzine

“Most of the band members grew up near river Rhine. Needless to say that we spent most our youth at the river,” said vocalist Timmy Rough. “A sixpack of beer, a cassette tape deck and a girl you can fall in love with immediately…and the river. That was all we needed. That’s the attitude we put in ‘Down By The River’”.

Nothing But Wild can be pre-ordered by clicking here. ‘Down By the River’ can also be heard on Spotify, Deezer & Apple Music.