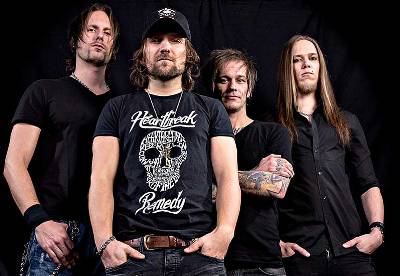 Germany’s hottest young rock band The New Roses head out on an 11 date UK tour at the tail-end of this year.

The New Roses’ song ‘Without A Trace’ was featured on the soundtrack of the US TV series Sons Of Anarchy and was chosen as the official song for the German DVD trailer campaign.

Having signed with Napalm Records (Universal) in 2015, the band – who come from Germanys scenic Rheingau region – achieved success with their their second album, One More For The Road, reaching the  German Official Album Charts Top 20 last year, and have been receiving rave reviews internationally.

Presented by Shock City Productions in association with Brainstorm Music Marketing AG their UK Headline Tour will see them through November to December. Special guests on the tour are British hard rock band Departed, save for Carlisle where Heartbreak Remedy step in, Newcastle where it’s Saints Of Arcadia and Southampton with Voodoo Vegas and The Brink.

Already this year the band have toured Germany and France, were special guests on The Dead Daisies European tour and will play more than 30 festivals this summer including Sweden Rock, Open Road Fest, Matapaloz, Rock Of Ages and Rock Hard Festival before becoming the only European act on Kiss Kruise VIII that will sail through Miami, onto Nassau and Key West. After which they’ll be here in the UK and for tickets you can click here. 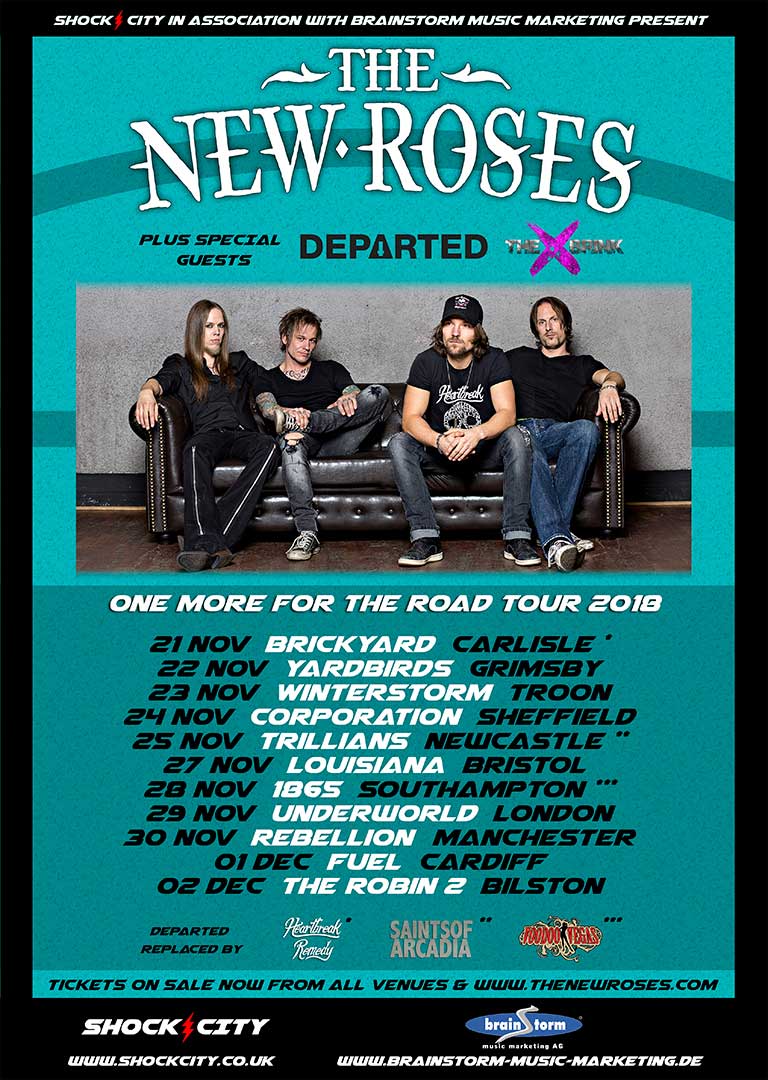