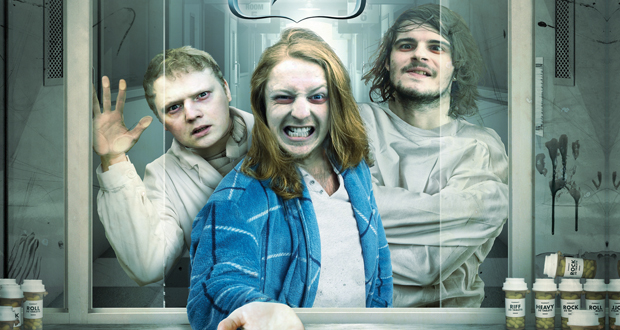 Recently formed label WDFD Records Ltd have actively been seeking out bands with common traits: “Great music and a hard work ethic of course, but also a desire to work with other bands for the greater good rather than in competition.”

This summer saw the release of Back In Line from Burton-on-Trent hard rockers THEIA through WDFD. The band having self-released two EPs and the Take The Pill album previously, building a solid reputation for the power-charge live shows with a mixture of headline, support and festival shows across the UK including Hard Rock Hell X back in 2016.

“Back In Line has brought about a big step up in our songwriting and storytelling process,” said the band. “It feels like this album is tearing its way out of the speakers, grabbing you by the ears and demanding that you rock from the first moment to the last! You’ve taken the pill; now get back in line!”

THEIA was formed by guitarist and lead vocalist Kyle Lamley who was raised on his father’s record collections of Marc Bolan, Alice Cooper and AC/DC teaming up with lifelong friend, Paul Edwards (bass/vocals) to form the spine of the band, with drummer Jake Dalton recruited in 2016 to complete the current line-up.

A single ‘Home’ taken from parent album Back In Line was also recently made available.

WDFD Records plans to bring young purveyors of the classic rock sound to old and new listeners now picks up pace as they announce they announce the signing of Midlands-based band Anonymous who are currently in the studio working on their first release for the label due out in the first half of 2018.

With an ethos of “we are stronger together” WDFD Records Managing Director Keith Lamley, said “I am absolutely thrilled to now have both THEIA and Anonymous under our wing. Both of these bands excite me greatly, are a pleasure to work with, and I am sure they both have a great future ahead of them.”

The label has established contacts for their artists for a variety of services such as graphic art, PR, management, public liability and equipment insurance, legal services, merchandise and gig booking. WDFD Records Ltd also intends to support the grassroots scene by sponsorship of festivals, with the NLC & Orange Amplifiers Festival, Stonedeaf Festival and Wildfire Festival already set to see a WDFD presence in 2018.