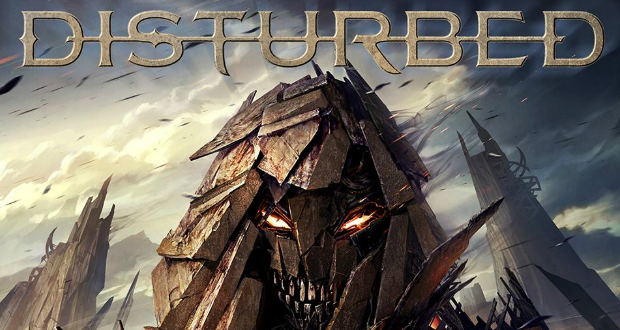 Yeah, Disturbed! Remember them? Remember how bloody good they are!? Twelve million albums sold globally! Did you realise they have been dormant for about four years now?

The wait is over.

Almost five years since the release of their last studio album, Asylum, comes their new 13 track offering, Immortalized. Why so long? Here’s what Draiman and Donegan had to say:

The idea was to leave when we were at our peak, which we were, and to come back when we felt reinvigorated,” asserts Draiman. “We had basically been going nonstop since 1998,” adds Wengren. “We got to do our own things. It didn’t take too long until the itch started coming back.” And Donegan agrees: “We wanted to return when we collectively had that fire underneath us. We missed it so much that we could tap into this energy and deliver the right album. We did it on our own terms.”

The flame was reignited back in January last year and, gaining momentum from there, they teamed up with producer Kevin Churko (Ozzy Osbourne, Five Finger Death Punch) to create, what Donegan thinks, will be an album that “was worth the wait”. He goes on to say: “we’ve been planning this for the past year and keeping it a secret so we can’t wait to hear the response. I hope fans realize we have a lot more left in us. This album reassured me of that. To be away from it for almost 5 years, get back in a room, write together, and tap into that fire is awesome. Part of me didn’t want to leave the studio! We still have a lot more to say. We still have a lot more to do. We’re returning stronger than ever. I think Immortalized shows that.”

Check out lead single “The Vengeful One” below; Donegan tells us that “it’s definitely Disturbed”, and he is not wrong, what a track to come back with!

Have a listen; if you are were previously a Disturbed fan, you’ll not be disappointed.

Immortalized will be released on August 21st through Reprise Records and is available for pre-order now.