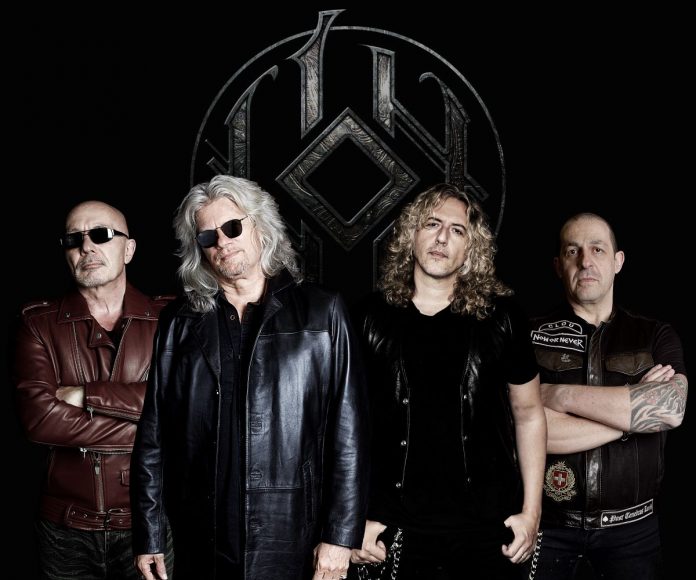 Euro hard rockers, NoN (formerly Now Or Never) are putting the finishing touches to their latest album, III, and during the interim release their new single ‘Until We Say Goodbye’ through Crusader Records.

Founded in 2012 by ex-Pretty Maids’ guitarist and bass player, Ricky Marx and Kenn Jackson respectively, they began releasing albums in 2014 and they hope to have III out before the end of the year.

“‘Until We Say Goodbye’ talks about the indefectible love and devotion one has with his child,” said Marx of their latest single. “Whatever happens, whatever the child, son, daughter needs to learn in life, we are always there to guide them and heal them.

“I wrote the song in 2019 and the lyrics were written by Marc Farrano, a Norwegian musician. It’s a melodic hard rock song, with a touch of a heavy rhythm section, paired with delicate vocals.”

You can stream/buy ‘Until We Say Goodbye’ by clicking here.

You can watch NoN’s new video for the single right here at RAMzine.