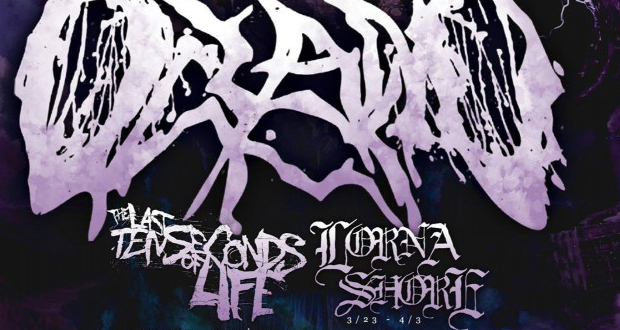 In the wake of the release of ‘Dead Planet’ and the announcement of ‘Ascendants’. They also mentioned that they were making plans for a tour. Too caught up in the brutality of ‘Dead Planet‘ I missed the signs. How could I have been so foolish!? TELL ME GOD! TELL ME!

With various shares of bands and their albums it was hidden in plain sight. Oceano announced this poster.

This is the tour to end all tours. These 5 bands are incredibrutal. If a tour of this calibre came along every 3 months the world would be filled with fire and brimstone, and it’d be f*cking sweet.

I lost my sh*t when I saw this. Oceano at the top of their game and always have been. The Last Ten Seconds Of Life, having asserted themselves and downright filth with ‘Invivo [Exvivo]’ and having just released their even filthier ‘Soulless Hymns’ they are fitting for the bill. Lorna Shore, a band that I’m still quite new to and I wish I wasn’t. The hatred that spills out of their music is frightening, ‘Cre(h)ate’ is most definitely a favourite of mine. With their 2 EPs ‘Bone Kingdom’ and ‘Maleficium’ they proved that they mean f*cking business.

Then onto Boris The Blade, an Aussie band that captivated me from the first note in their ‘Tides of Damnation‘ EP. Containing ex members of THE RED SHORE (who sadly disbanded) they have written some of the fastest, heaviest and most technical deathcore in the last 5 years. Then with the release of ‘The Human Hive‘ last year they proved they could keep producing this kind of music.

Then Martyr Defiled, Lincolnshire lads. Time and time again throwing out some of the heaviest tunes known to man they are finally being recognised properly. After releasing ‘No Hope. No Morality’ at the beginning of 2014 their mettle and metal were tested and they rose triumphant.

And after I had come out of shock from this announcement my whole world came crashing down as I realised it was a US tour, then the pieces of the puzzle fell into place. I knew Martyr Defiled were going to America, but I wasn’t sure who with.

Either way, all heart break aside this is one immense tour and if I can ill be flying the fuck over there.

Check out the dates and get to one bitch! 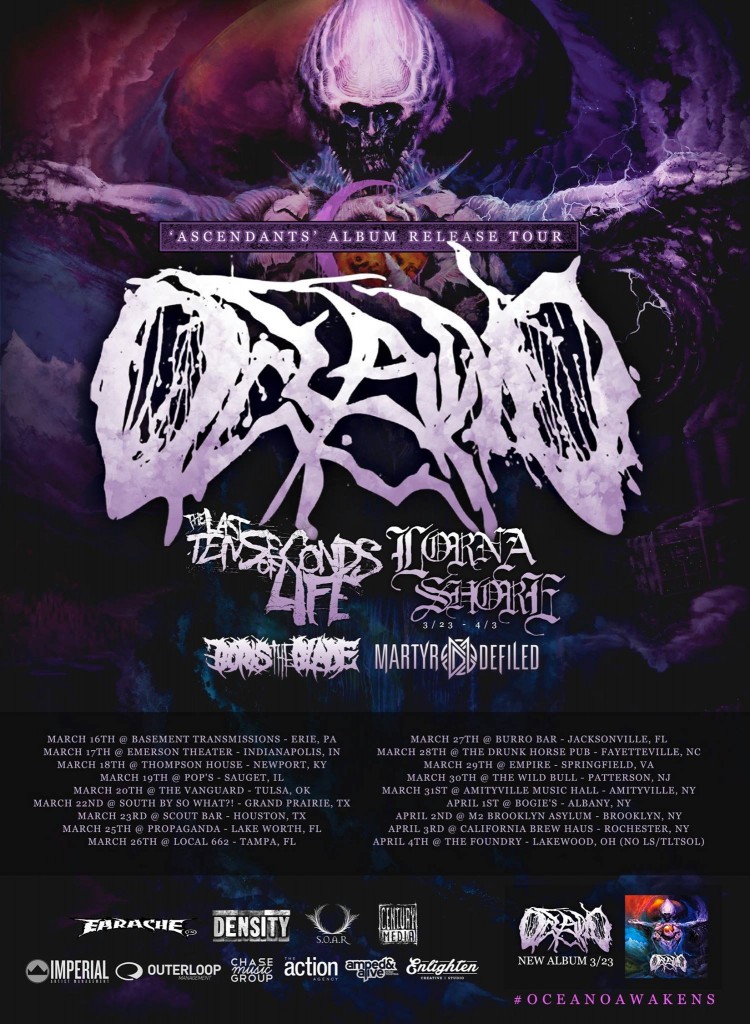