Old Habits Die Hard – No Sinner Are Back! 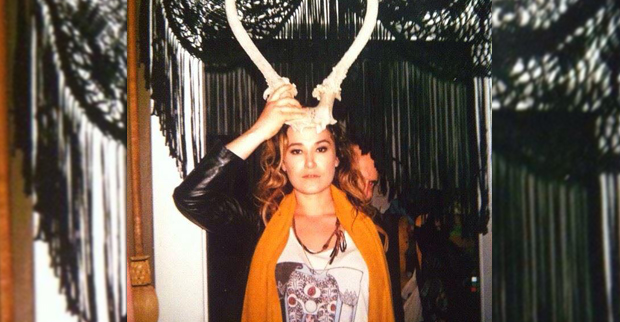 Having caused quite a stir when they toured Europe in support of their debut album Boo Hoo Hoo, when vocalist, Colleen Rennison, whose surname is “No Sinner” spelt backwards) turned heads with her deep, rocking and soulful vocals and riveting stage presence. The band was selected by Amazon UK for its 2014 New and Emerging Artists campaign, and championed by Blues & Soul and Classic Rock magazines.

Boo Hoo Hoo is now being referred to as “The sound of youth careening into the adventure of life with all the screaming tires and heartache yet to come down the road. It was the sound of a wild haired girl riding into the horizon on the back of her boyfriend’s motorcycle.” Which doesn’t sound too bad from where half of us are sitting. However, on Old Habits Die Hard were told: “Colleen isn’t sitting on the back of the motorcycle anymore. She’s barrelling down the highway, her grip on the throttle, and you better believe you’re going to hear her coming from miles away.”

Old Habits Die Hard will be available on CD, vinyl and digitally, with the former varieties available for pre-ordering by clicking here and you can catch a preview of what to expect in the video featured below.