Onslaught’s A Perfect Day To Die 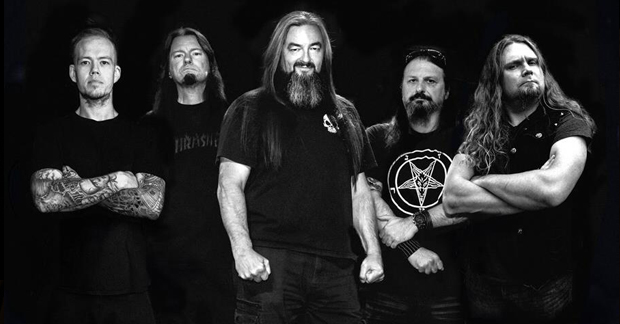 “We are super stoked to finally get some new material out to the fans,” said Nige Rockett of UK trash metal band Onslaught recently. The band is gearing up to release a new album and pre-empt that with a single that’s dedicated to those who rocked before.

“The first single to come from the new album is entitled ‘A Perfect Day to Die’ and is a little nod to our sadly departed friends from Motorhead who were a major influence for Onslaught from the very beginning.”

Since reforming in 2005, the band has toured all over the world, with performances at some of the biggest heavy metal festivals out there and broke new ground as the first legitimate international thrash metal band ever to play in the Lebanon. What’s more they’ve not been slouches in the recording department, releasing three studio albums and one live one, while their original back catalogue has been released no fewer than three times.

Rockett said of current single ‘A Perfect Day to Die’: “The track has been mixed by Jacob Hansen (Volbeat, Udo, Evergrey) and produced by ourselves and Pete Hinton (Saxon) it sounds so heavy with a super aggressive vibe, it really has a ton of potential!”

You can check that out for yourselves by watching the video for the song right here at RAMzine.