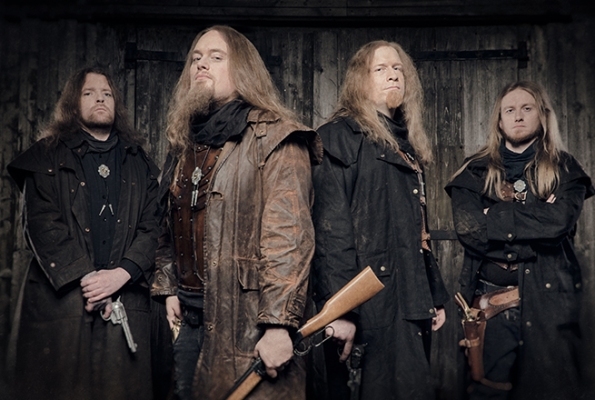 German melodic power metal band Orden Ogan has released their fifth studio album Gunmen through AFM Records, described as “their heaviest but at the same time also most melodic piece of work”.

Gunmen features 10 songs, including a guest appearance by former Leaves’ Eyes/Theatre Of Tragedy vocalist Liv Kristine on the track ‘Come With Me To The Other Side’.  Produced by band’s guitarist/vocalist Seeb Levermann, the line-up is completed by Dirk Meyer-Berhorn (drums), Tobias Kersting (guitars) and Niels Loffler (bass). The album can be ordered direct from AFM Records, as can other Orden Ogan merchandise.

Their previous studio album Ravenhead was released in 2015 and became a chart success in several European countries, reaching #16 in the German chart and they toured in support of the record with the likes of HammerFall and Powerwolf.

A European tour will commence in October to promote Gunmen, with Rhapsody Of Fire as support band (Oden Ogan’s Levermann having recently mixed and mastered their upcoming Legendary Years record). Only one UK show has been added to the tour and this is to be at the O2 Islington on 7th November, with tickets available now by clicking here.