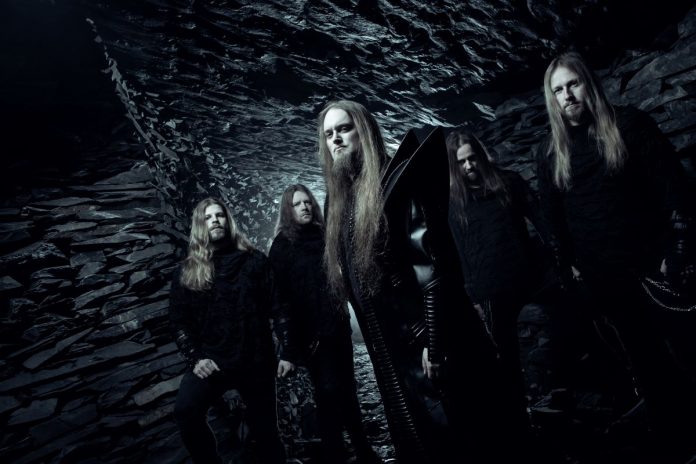 Orden Ogan frontman Sebastian ‘Seeb’ Levermann said: “‘Absolution For Our Final Days‘ is the second track of the latest Orden Ogan album Final Days that will be released with a special guest vocalist as a new feature version.

“After the release of ‘It Is Over’ featuring Metalcore shouter Dennis Diehl (of Any Given Day), that was a very intersting mixture and very well received, we asked ourselves how a track like ‘Absolution For Our Final Days’ would sound like with operatic vocals. Orden Ogan goes female fronted symphonic metal – Here comes ‘Absolution For Our Final Days’ feat Elina Siirala of Leaves’ Eyes!

“Orden Ogan and Leaves’ Eyes are connected by a long live and personal history on many levels. Elina is a phenomenal singer and a great person, easy to get along with, easy to work with. It was the obvious choice to ask her if she was interested in doing this little experiment. We are happy to have her on board. It’s crazy how different a song sounds with different (style of) vocals, right?!“

The original song version sung by Levermann featured on the band’s Final Days album, and as noted they previously brought out ‘It Is Over’ featuring guest vocals byAny Given Day vocalist Dennis Dieh.

“Orden Ogan is said to be one of the modern power metal bands. ‘If you take away Seeb’s clean vocals and the choirs, some of the riffs sound very hard, some parts could even be metalcore’ is a sentence that we heard quite often in one way or another,” said frontman Sebastian ‘Seeb’ Levermann himself.

“We were wondering, what an Orden Ogan track would sound like with a modern metalcore shouter”.

It transpired a representative of that very species lived right around the corner from them, in the shape of Dennis Diehl from Any Given Day, so it made sense to try this experiment.

“Any Given Day have rightfully built a huge fan base over the last few years, and Dennis is a phenomenal singer. We are very happy that he was up for it. It’s really interesting how different the track sounds with his vocals. Check it out yourself!” said the band.

The band will be playing summer festival dates and their own Pirate Cruise II.

You can check out the video for the both singles here at RAMzine.