The board is set, and the pieces are moving for Bloodstock Open Air festival 2019. Yesterday [2/2/19] the festival posted official word of their final headline act who will stand shoulder to shoulder with Sabaton and Scorpions. None other than Australian metalcore titans Parkway Drive will take the slot, who’re currently embarked on their first European arena tour. This will be the first time the Aussies would claim a top headline spot in the UK. Though received generally well by fans, with a few mixed responses from the bowls of the internet, it is nonetheless a huge accomplishment for them and a giant stride for metalcore as a whole.

Frontman Winston McCall tells Bloodstock Festival, “We’re pretty damn excited! This will be our first shot headlining a UK festival. BLOODSTOCK has a hell of a reputation and is renowned for having one of the best festival sites and atmospheres going. We’ll be bringing full production, we want to give BLOODSTOCK a set that’s worthy of a headline slot! We’re psyched! Thanks for having us!” 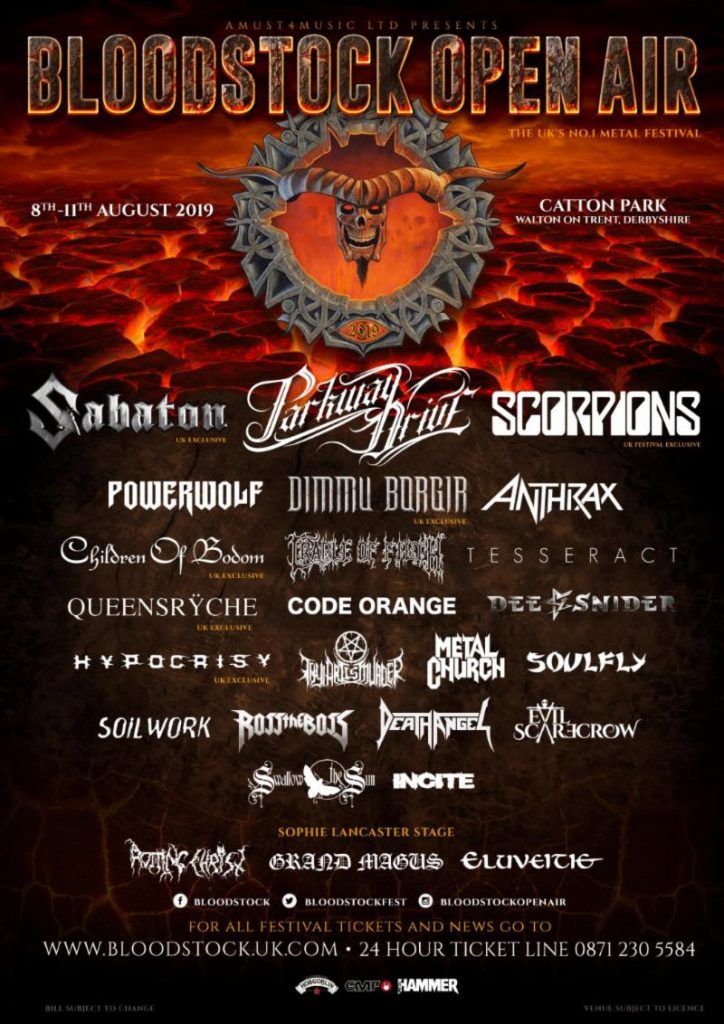