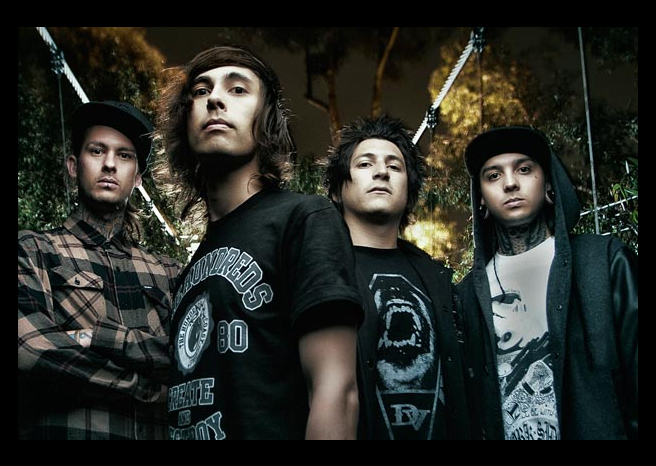 Pierce the Veil the MEXICORE band from Southern California were formed out of the San Diego punk rock scene in 2006.

Their third and latest album, Collide with the Sky, was released on July 17, 2012, and is their first album under the major record label Fearless Records. The first single from this cracking new album, King for a Day, features Kellin Quinn of Sleeping With Sirens.

The band have just announced that they’re hitting the UK again for a headline run in May / June next year supported by Atlanta based hoodlums Woe, Is Me.