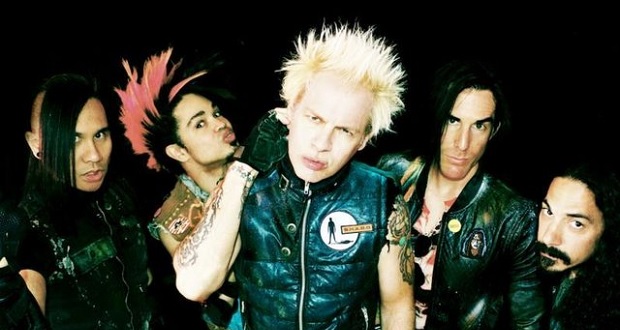 ‘New Wave’ will be the band’s 11th studio album, and will be released on October 27th. This features the new track ‘Sid Vicious In A Dress’, which you can hear below:

‘Sid Vicious In A Dress’ is available now on iTunes as a single, fans who pre-order the new album will receive the new track as an instant download.

In addition to the iTunes pre-order, Pavement Entertainment will launch a special Powerman 5000 New Wave Bundle. The bundle will include a hand-signed copy of the album, as well as an exclusive PM5K limited edition t-shirt. Supplies are limited to 500 and are available only with the pre-order bundle.

Vocalist Spider One had this to say:

“I suppose at its simplest it’s a twisted love song, but really it’s about loving what hurts you, what is bad for you. Staying when you should run. Over the years, Sid Vicious has become the poster child for chaos and self-destruction. I just took that and put it in the form of a beautiful girl. The title of the song kind of says it all.”