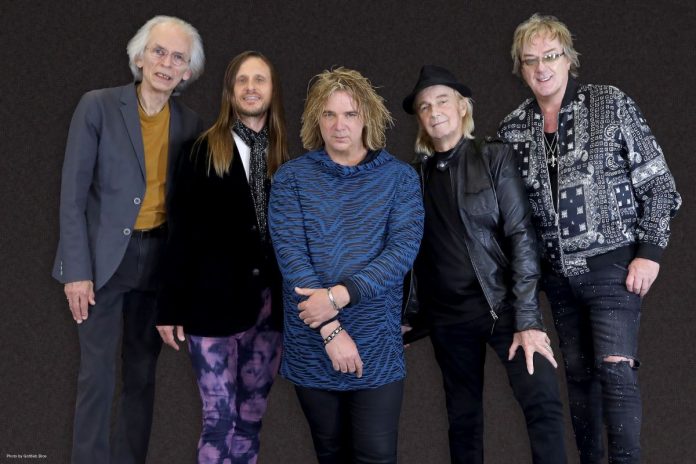 Having signed with InsideOutMusic/Sony Music, the results proved an international success for the progressive rock legend that is Yes with the band hitting both rock and mainstream charts following the release of their latest album, The Quest.

This success has been celebrated by Yes releasing a series of videos, featuring music from the hit album. The latest of these is a video for the song ‘A Living Island‘.

The video was created by Wayne Joyner, as were the previous ones, all of which are featured here at RAMzine.

The album was recorded across the globe, The sessions took place in the UK with Howe, Downes and Davison, while White and Sherwood got together in the studio in the US.

“Billy Sherwood and myself did all the rhythm sections, bass and drum, in America,” said White, “down in Los Angeles at Uncle Studios, where he works a lot. It helps when you’ve got a good place to work,” he laughed “and Billy’s really good on the recording desk, so we got things down relatively quickly.  I spent quite a while studying the music before I went down to LA so I was prepared.”

“Much of the music was written in late 2019 with the rest in 2020. We commissioned several orchestrations to augment and enhance the overall sound of these fresh new recordings, hoping that our emphasis on melody, coupled with some expansive instrumental solo breaks, keeps up the momentum for our listeners,” said Howe, who produced the album.

Tracks featured on CD1 of The Quest are ‘The Ice Bridge’, ‘Dare To Know’, ‘Minus The Man’, ‘Leave Well Alone’, ‘The Western Edge’, ‘Future Memories’, ‘Music To My Ears’ and ‘A Living Island’.

The current line-up of Yes was completed in 2015 when Billy Sherwood replaced founder member Chris Squire, at Squire’s insistence, as he bravely fought a losing battle with leukaemia.

Since then, the band has concentrated on touring with their Album Series tours, each featuring a classic Yes album in its entirety. During this period. they have released three live albums Topographic Drama – Live Across America (2017), Yes Live 50 (2019) and The Royal Affair Tour: Live in Las Vegas (2020).