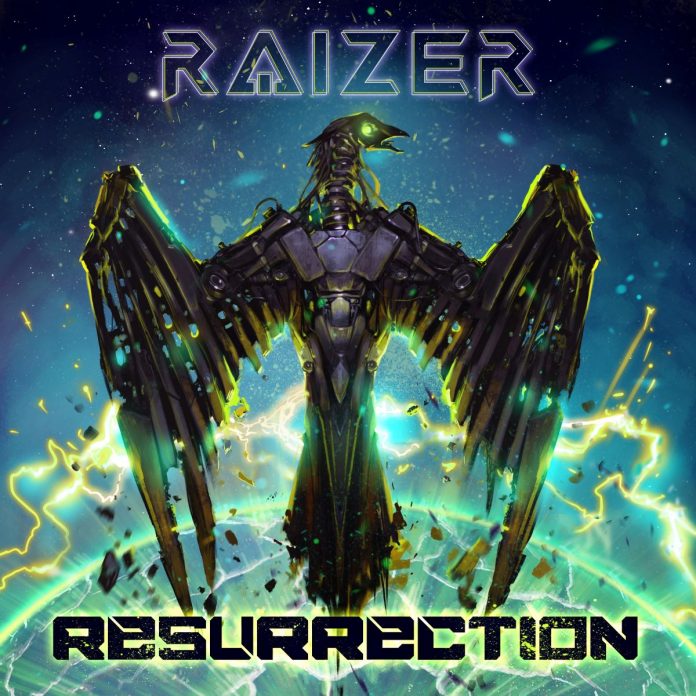 “The world has changed forever; we must be reborn for a new life. And we hear the anthem of the new world, it sounds in our hearts!” claim Raizer, a band formed in Eastern Europe with a new single out now aptly titled ‘Resurrection‘, that’s out now on FiXT Radium.

Raizer would have us believe they came together as four human beings fighting to survive the future apocalypse. The only weapon at their disposal – the electronic/rock music hybrid music they’ve created to push back an encroaching alien invasion and ignite the hearts and minds of the last remaining members of the human resistance.

Their music a battle of musical styles in a high energy onslaught of bombastic synths, biting guitars, uplifting melodies, and resonating vocals that come together and deliver the optimism to stand up in defiance and the energy to make you dance, jump, and most importantly – fight.

With an arsenal ranging from driving synth-wave, volatile drum n’ bass, anthemic rock and roll, caustic metal riffs and breakdown, and so much more… for want of better description, whatever the kind of invasion you’re facing down, Raizer plan on being the soundtrack to your survival.

Signed to FiXT in 2015, Raizer released their debut album, We Are The Future, in 2017. Their second album, Resurrection, dropped in late summer 2021, featuring the group’s hit singles ‘Phoenix’, ‘Explode’ and ‘Free’ – That album has garnered over 5 million streams, landing official playlists on Spotify, Apple Music, and Yandex.

Their music is available on all main digital channels.