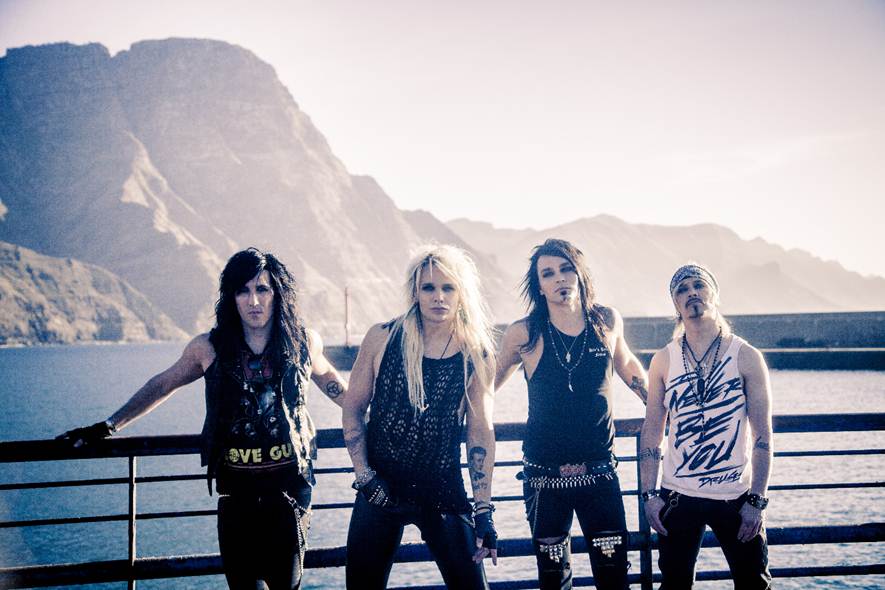 We caught Finnish rockers Reckless Love at Sonisphere this time last week! They bring that classic hair-metal, glam aspect to a very confident performance. We highly recommend that you catch them on their UK run this December!

Frontman, Olli Herman, says “Our recent visit to the UK was very much a case of ‘Flying Finns’ – we were there for a headline show in Bristol, plus a festival appearance at Sonisphere – it was our first time at Knebworth, and we had an amazing show! Thanks to everyone who packed out the Bohemia tent! And now… we’re delighted to announce a more extended return in December – seven (magnificent) dates that will see us pushing everything that bit further… harder, faster, louder, bigger and higher… kicks! Ha! Ha!”

“A dream became reality the moment we stepped onstage at the super legendary Knebworth Park,” continues RL guitarist, Pepe. “The atmosphere was hot and welcoming as the UK crowd showed yet again just how well they know our lyrics, singing along with each song we played! And now we are excited to be bringing our merry metal mayhem back to our dear friends in the UK. December will TRULY rock this year! See you on tour!!”

Reckless Love’s third full studio album, ‘Spirit’, is available now via Spinefarm Records. A new single, complete with previously unreleased material, will be released to coincide with the UK dates.