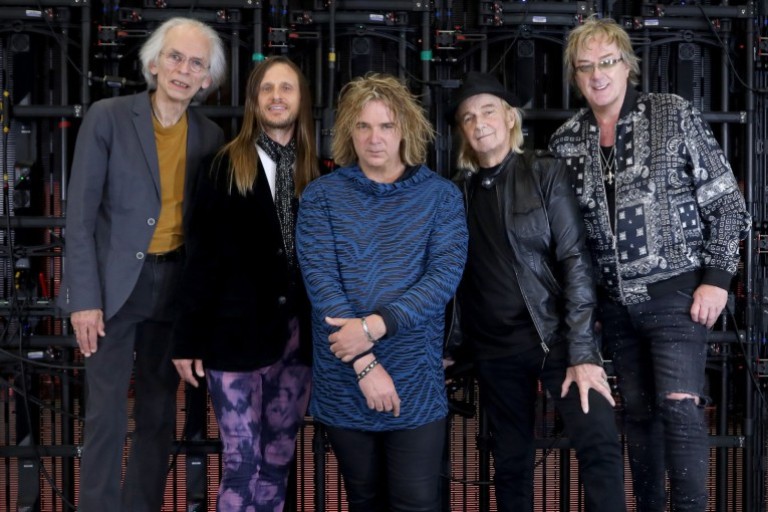 Progressive rock giants YES will return to the UK in 2020 for an eight date UK tour during May and June wherein they will perform the band’s 1974 Relayer album in its entirety together along with a selection of other classic favourites.

The show will feature two sets by the band with full production and a high definition video wall. It is with the second half that they will perform Relayer.

Opening with the 22 minute long ‘Gates Of Delirium’ wherein an epic musical tournament can be heard between keyboard player and guitarist Steve Howe, it gives way to  a prayer for peace and hope with the ballad ‘Soon’ that completed the original vinyl album’s side 1, and continued with the prog-rock-jazz fusion of ‘Sound Chaser’ and the more relaxed ‘To Be Over’ on side 2.

Relayer reached number 4 in the UK album chart and number 5 in the US Billboard chart at the time. In all YES have attained over 50 million record sales, are  Grammy-award winners and were inducted into The Rock And Roll Hall Of Fame in 2017, having celebrated 2018 with a successful 50th Anniversary tour.

“We are really looking forward to playing all of the Relayer album” said Howe. “Having premiered ‘The Gates Of Delirium’ this year, we continue by expanding our Album Series with all the tracks: ‘The Gates Of Delirium’, ‘Sound Chaser’ and ‘To Be Over’.” Howe went on to say: “During the first half of the evening we’ll be performing a refined selection from Yes’ enormous 50 year + repertoire.” See you there!”

White added “I always enjoy coming home to England so I’m especially looking forward to Yes‘ upcoming Album Series 2020  tour. Relayer I believe, is one of the most creative and interesting musical compilations in the band’s repertoire. Challenging and extremely enjoyable to play, I’m happy to be bringing this music back to live stages throughout Europe. I hope all who attend our shows will enjoy these cuts as much as we like performing them for our audiences.”

As an added bonus Roger Dean will attend every show on the UK and European dates, where there will be an exhibition of his iconic art, and he will be available to chat with fans at front of house, sign merchandise, as well as attending the VIP meet and greets. 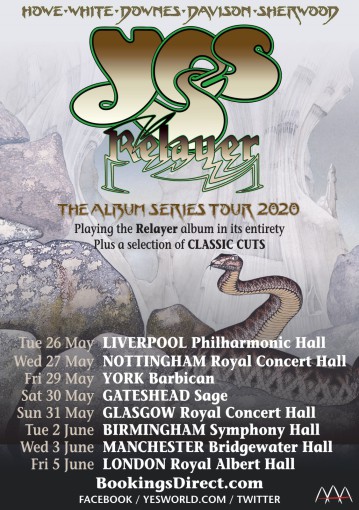