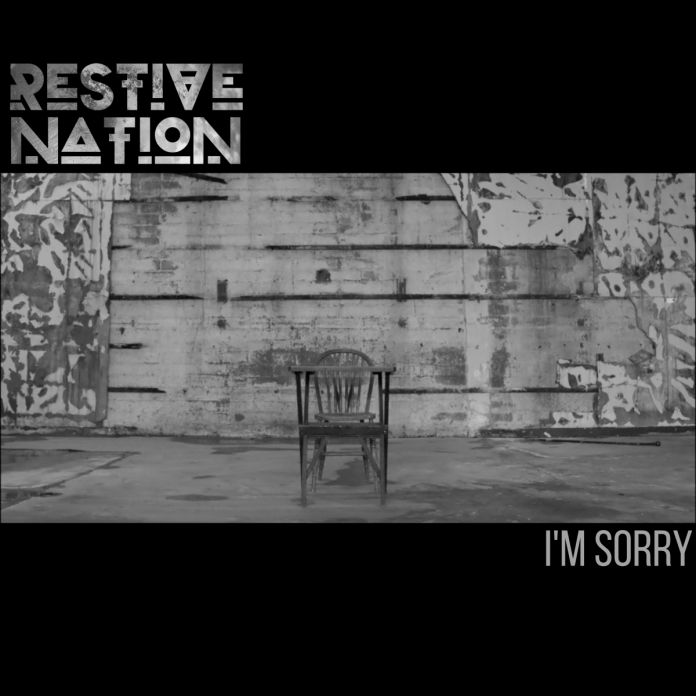 Continuing to push boundaries and cross-pollinate genres with their own unique electronic/progressive interpretations, Ireland’s Restive Nation release a special single in ‘I’m Sorry’ with accompanying video you can see here at RAMzine.

‘I’m Sorry’ sees the band take a dark and melancholic journey into a hybrid of Massive Attack and Nine Inch Nails with a side of Crosses /Tool floating in and out of a dream-like, post punk daydream. As an isolated new track [not featured on their recently released Lucidum EP], the single finds the band venturing into darker landscapes, exploring the inner-working of the human psyche, not least because of guest vocals from Dave Lee of Irish heavy progressive crew, Raum Kingdom.

The band commented on the track:

“‘I’m Sorry’ is a track that was written by Dave Lee’s solo project Sombre Motion in 2012. Dave would go on to form the heavy as f**k Raum Kingdom in 2013. We collaborated with Dave before on our 2017 single ‘Murmur’, and while we were working together, we came across his hauntingly beautiful track‘I’m Sorry’. Upon hearing it we just had to have it as part of the Restive Nation repertoire. We asked Dave if we could adopt it into Restive Nation and he was more than happy to oblige”.

“It’s about doing wrong so much that even when you’ve done right, you still have to eat the blame,” said Lee himself regarding the song’s lyrics.

Regarding the video the band commented:

“We thought it would be cool to give the track to Dublin-based independent film maker Tom Maher for his own artistic interpretation. Usually we’d be very explicit about what we want when it comes to themes, but we were keen to see how Tom would exhibit the track visually and we absolutely love this slow-burn tension piece; it’s completely different to anything we would have dreamt up and it’s a great representation of how well things can go once you let go and relinquish control.”

This song marks the end of an era for Restive Nation as it is their last musical collaboration with an outside artist for the foreseeable future. New material is scheduled to be released in January 2021.