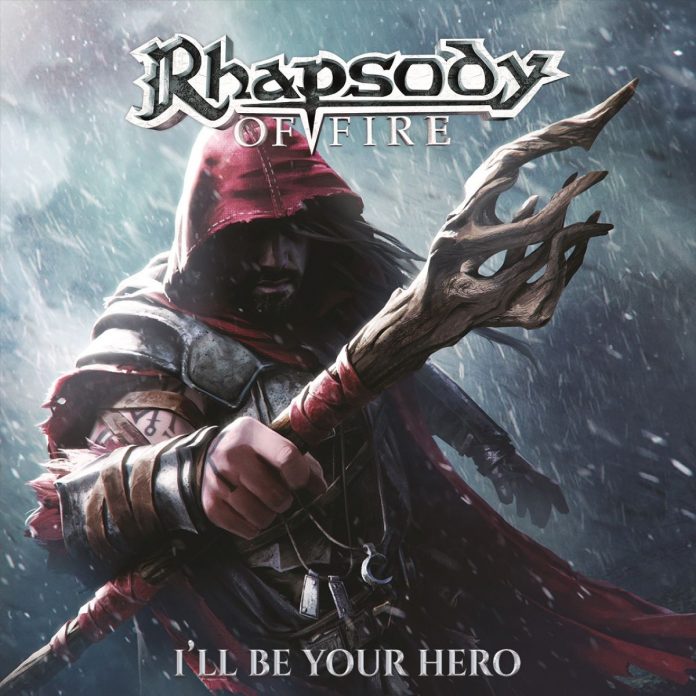 Italian symphonic power metal band Rhapsody Of Fire return with the EP I’ll Be Your Hero and a brand new single of the same title.

In 2019, they successfully kicked off an intended trilogy, with their last album The Eighth Mountain, and look to continue their intentions this year. Word has it, fans of the band, symphonic rock in general and people who are into fantasy tales and fantasy games “will love it”.

Featuring cover artwork by Alex Charleux, the new EP will feature ‘I’ll Be Your Hero (Single Version)’, ‘Where Dragons Fly (Re-recording)’, ‘Rain Of Fury (Live)’, ‘The Courage To Forgive (Live)’, ‘The Wind, The Rain And The Moon’, ‘Sin Un Adios, Senza Un Addio’ and ‘La Force De Me Battr’.

Rhapsody Of Fire is one of the most popular metal acts in Europe, who have raised the bar for their genre, combining Hollywood-like sound landscapes with metal music. The band’s fanbase has over 500.000 fans on Facebook, 40.000 Instagram followers, 56.000 subscribers on YouTube and they have sold 2 million records.

You can pre-order I’ll Be Your Hero here and watch the video for the title track right here at RAMzine.