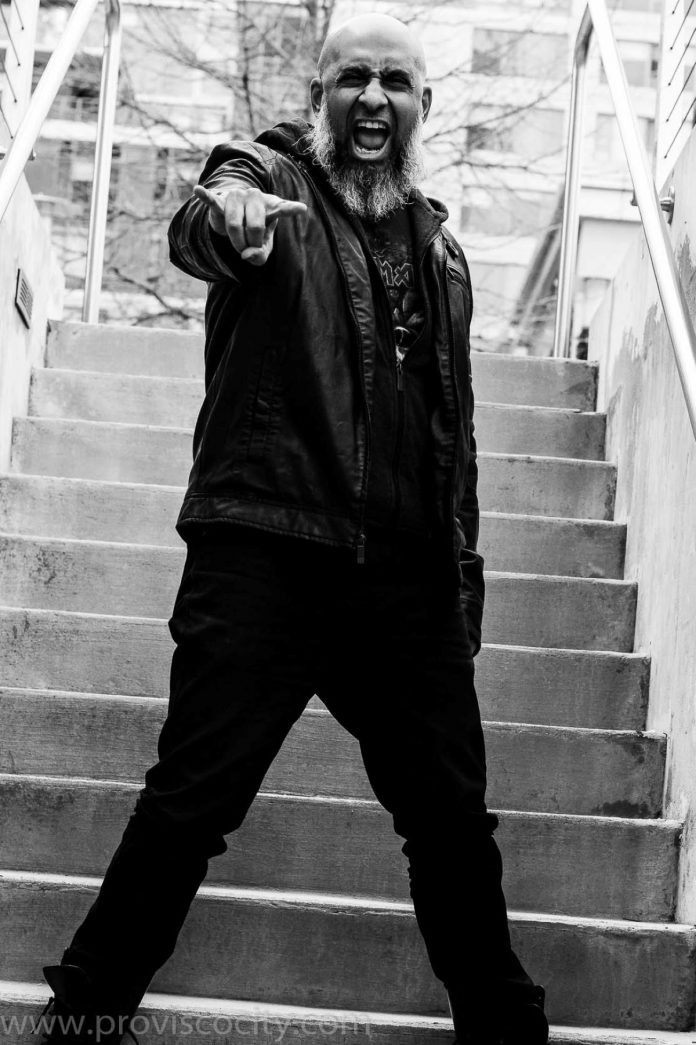 Sorrow & The Spire is the solo project of Navid Rashid, long time driving force of US progressive metal band Iris Divine. Recently signed to Crusader Records, upcoming single ‘My Misery Calling’ will be released on the 1st of June and available on all digital platforms.

A stomping, infectious track that updates an 80s hard rock vibe with modern sound and energy.  It’s one of those special songs where every part is a hook. Lyrically, the track takes a clever look at what happens when we try to hide from the broken parts of ourselves by finding someone else (sometimes a little broken themselves!) to fill in the cracks, instead of looking within to heal ourselves.

More than a throwback, fans of bands ranging from Def Leppard to Foo Fighters might be well advised to check out Sorrow & The Spire, that takes familiar sounds into modern directions  with its melodic hard rock.

Navid has always maintained a love for well-written melodic rock, where big guitar riffs support catchy and even pop-influenced melodies, and immediacy doesn’t have to sacrifice depth.

The leader of various bands and projects over the years, although he has never gained notoriety outside of independent and underground music circles, he steadily refined his talents and continued to write and perform for the right reason – The love of the music.  Now, with years of experience and the inspiration of amazing rock and metal music dating back to his youth, he has evolved into a solo artist that has something to say.

Sorrow & The Spire is the voice of a singer/songwriter/guitarist who is equally at home with 80s influenced hard rock, the 90s/00s active rock and modern rock that fuses it together with alternative and touches of grunge.

You can pre-save/order ‘My Misery Calling’ here.