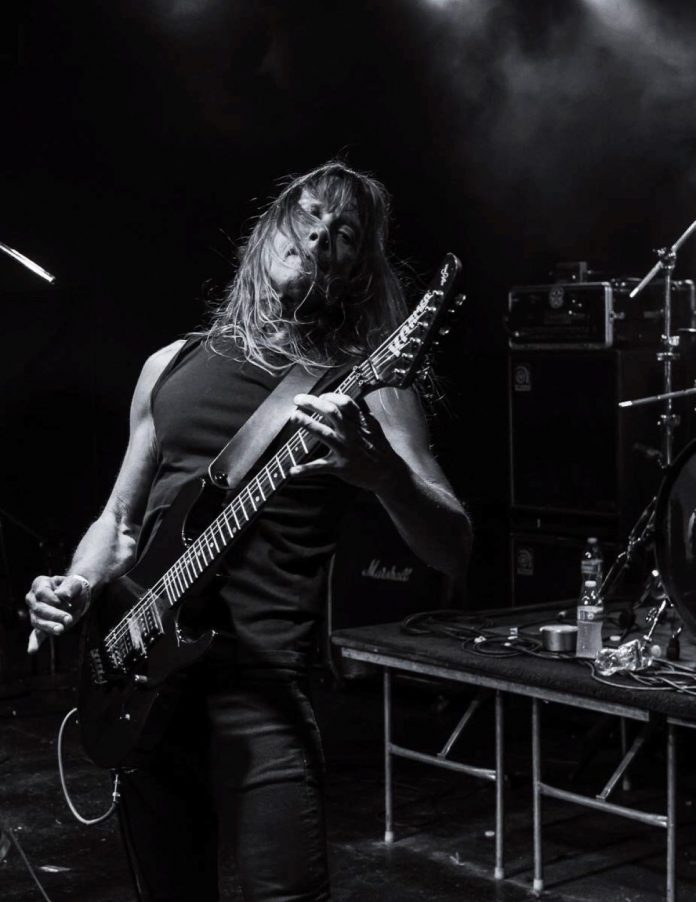 Rick Pierce, founding member, lead guitarist and songwriter of the Seattle hard rock band TKO, signed to Crusader Records under the Rick Pierce Group moniker last year and brought out the single ‘Tick Tock’. Practically a year down the road comes  ‘Brick By Brick‘ due for release on 7th December

Pierce’s career took off when TKO’s debut release Let It Roll cemented the band’s cult-like status and they would go onto tour the world supporting the likes of AC/DC and Van Halen.

He then took his arsenal of guitar pyrotechnics to Q5 (whose members included Floyd Rose, acclaimed tremolo system inventor), followed by a partial TKO-reunion in Suicide Squad, and the more indy-rock based Nightshade.

In new single ‘Brick By Brick’, Pierce and songwriter Floyd Rose (in a guest appearance) put up a rock-solid wall of guitars (reminiscent of their NWOBHM classic anthem, Q5’s ‘Steel The Light’) in front of which vocal belter Chris James exhorts his listeners to “tear down the walls”, while Frankie Rongo on drums and Izzy Rehaume on bass lay down the pounding rhythm.

You can pre-order/pre-save ‘Brick By Brick’ here.

Previous single, ‘Tick Tock’ was similarly written in the spirit of Q5’s ‘Missing in Action’, Steel The Light’s hard-hitting album opener. The idea being to get everyone’s attention from the start with a heavy guitar riff and almost mystical lyrics – Described as “a pure slab of the best U.S. power/traditional metal”. That can still be ordered here.