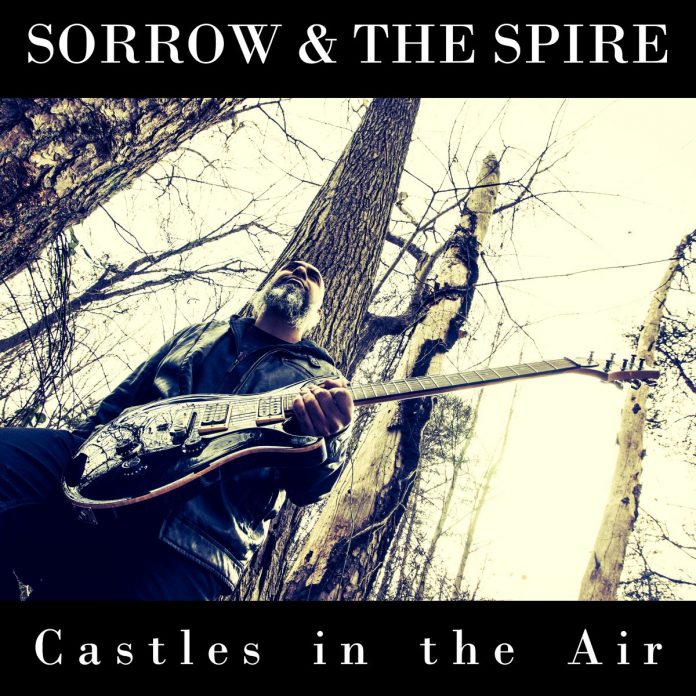 Out now is ‘Castles In The Air’ from Sorrow & The Spire, on Crusader Records, and you can watch the new official video for it right here at RAMzine.

Having caused quite a stir on the hard rock/melodic metal scene with previous singles ‘In The City Tonight’ and ‘My Misery Calling’ this new one is a modern active rock radio targeted track.

The band’s background in progressive hard rock and metal comes through just enough, with cool mid-song musical shifts, and a keyboard motif that adds another dimension to an already energised track.

‘Castles In The Air’ displays the harder rocking side of Sorrow & The Spire.  The uplifting spirit of the song is captured in themes of self-empowerment, and conveyed through catchy riffing, up tempo grooves, and melodies. This one is intended to be cranked up loud and appeal to fans of 80s inspired hard rock and modern active rock alike.

You can order ‘Castles In The Air’ here.

Both modern and reminiscent of the best active rock singles, previous single‘In The City Tonight’ is a composition that reflects Sorrow & The Spire‘s penchant for heartfelt song crafting.

The yearning of its introspective lyric, about trying to find light in our darkest places, is expressed in emotional verses that give way to an anthemic guitar-driven chorus that feels both personal and universal.

Big, bombastic, anthemic and revelling in a 90s glory day hard rock sound, you can still order ‘In The City Tonight’ here and also check out the video right here at RAMzine.