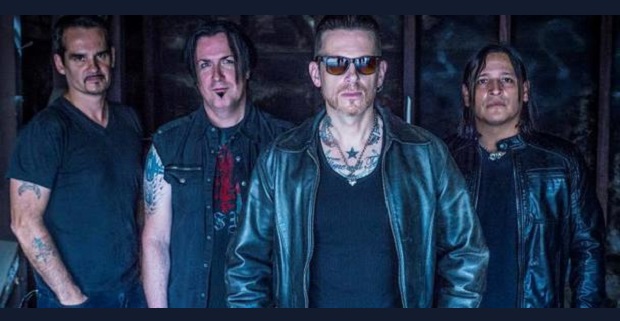 ‘Celebrating Sinking’ is the latest single to be released from the huge upcoming double album release with the fully plugged ‘When Patsy Cline Was Crazy (and Guy Mitchell Sang the Blues)’ and the unplugged, stripped down acoustic dream ‘Hearts on Trees’, due out February 26th via Nuclear Blast Records.

Ricky blends the sounds of his Northern Irish heritage, with the sound of Americana, bringing in stories and experiences of growing up in Belfast and Glasgow. The album brings in friends and legends of the rock world through various tracks with the likes of Joe Elliot (Def Leppard), Damon Johnson (BSR/Thin Lizzy), Andy Cairns (Therapy?), Billy Morrison (Billy Idol), Ginger Wildheart (The Wildhearts) and Jake Burns (Stiff Little Fingers).

In support of the huge album release comes a just as big UK tour. Make sure to catch Ricky Warwick & The Fighting Hearts with support from good friends and contemporaries Stiff Little Fingers on one of the stops through the 18 date tour:

Ricky is set for an extremely busy year ahead with extensive touring with The Fighting Hearts, writing for the next Black Star Riders album, and a few very special, select Thin Lizzy performances to mark the 40 year anniversary of the iconic ‘Jailbreak’ album release, and 30 years since the sad departure of the iconic Phil Lynott’s untimely passing.