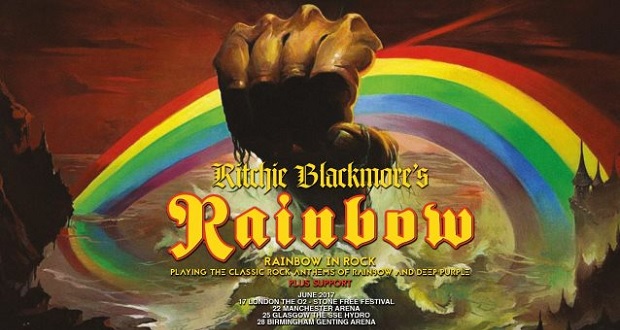 The positive thing about 2016 is the great ‘cold day in hell’ reformations – such as the original Guns N Roses, At The Drive-In, Thin Lizzy and of course, Bros. Yet, the most amazing band to make a come back this year was Ritchie Blackmore’s Rainbow. After a one-off show earlier this year the legendary guitarist has announced he will be taking the reformed and revamped hard-rockers on tour.

What better way to kick off the string of gigs than headlining Stone Free Festival at The O2 in London. Believe it or not, this will be Blackmore’s first London show since 1995.

Live dates are as follows: